Nowadays, the issue of violence on television is often debated. Many people are concerned that the images of violent acts might cause the viewers to become more aggressive. Some of these people believe that there should be restrictions on violent television programs. Other people feel that individuals should be able to choose what they want to watch on TV. Many of these people believe that violent television is unlikely to affect people’s behavior.

One of the concerns that some people have about violent TV is that viewers might imitate aggressive acts. For example, consider a TV program that shows professional wrestlers. Some people believe that children who watch the program might copy the actions of the wrestlers and that this could lead to serious injuries. As another example, consider a TV program that shows people shooting guns at each other. Some people believe that viewers of such a program might be more likely to use a gun in their disputes with others.

Another concern that some people have with violent TV is that it might make people less sensitive to the effects of violence. In other words, people who watch many acts of violence on television might no longer be shocked by violent acts. They might then become quite tolerant of the use of violence.

Some people do not believe that violence on television is likely to have harmful effects. They point out that many terrible acts of violence occurred long before television. They also argue that people can tell the difference between television and real life. That is, they say that people are unlikely to imitate violent acts, and are unlikely to become less sensitive to violence in real life. Also, they argue that parents are able to prevent their children from watching violent television.

Psychologists have conducted some research studies on the effects of violent television. Some studies have shown that children who watch a lot of violent TV do become slightly more aggressive as adults. Other studies have found that people behave somewhat more aggressively after watching a violent program. This is especially true for people who have an aggressive personality. Finally, some other research has found that rates of murder tend to increase slightly in the days following a televised boxing match. Nearly all psychologists now agree that violence on television does contribute to aggressive behavior in everyday life. 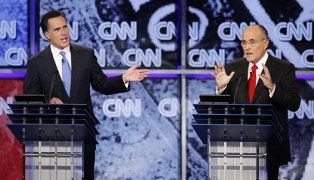 The new drug has become the subject of heated debate within the medical profession.
debate over/about
There has been widespread public debate over the introduction of genetically modified food.

There was much lively debate about whether women should spend more time in the home.
A fierce debate raged over which artist’s work should be chosen for the prize.
debate between
the ongoing debate between environmentalists and the road-building lobby over the future of our countryside
Nuclear power has always been a topic that has sparked off considerable debate .

Snow showers are likely tomorrow.
likely outcome/effects/consequences etc
What are the likely effects of the law going to be?

the most likely cause of the problem
likely to do/be something
Children who live in the country’s rural areas are very likely to be poor.
more/less/most/least likely

Young drivers are far more likely to have accidents than older drivers.
It is more than likely (=almost certain) the votes will have to be counted again.
It could have been an accident, but that was hardly likely (=not very likely) .
He could offer no likely explanation when I asked him.

a serious argument or disagreement
dispute with
The firm is involved in a legal dispute with a rival company.
dispute over
He got into a dispute over a taxi fare.
Every effort was made to settle the dispute , but without success.
dispute between
the bitter border dispute between the countries
A long-running pay dispute is disrupting rail services.
The coal industry was plagued by industrial disputes .
The police don’t usually like to intervene in domestic disputes .
The miners were in dispute with their employers over pay.
A dispute arose over who was to be the next king. 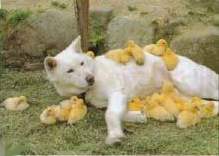 it would mean that they get used to this type of violence,
they are no longer affected by it.

to copy something because you think it is good
vegetarian products which imitate meat The Japanese have no wish to imitate Western social customs and attitudes.

to broadcast something on television
The game will be televised live on ABC tonight.

a state of disagreement or argument between people, groups, countries etc
conflict over
conflicts over wage settlements
conflict between
the conflict between tradition and innovation
in conflict (with somebody)
normal kids who are in conflict with their parents
political/social/industrial conflict

His views on the literal truth of the Bible brought him into conflict with other Christian leaders.

a lawyer specializing in conflict resolution