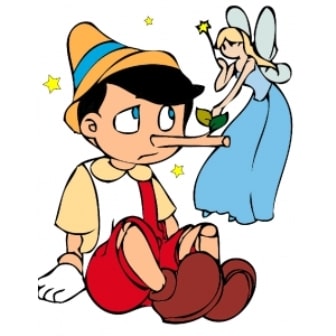 Yesterday I told a lie.
I don’t feel very good about it.
I was bouncing a ball in the kitchen, and the ball bounced up and broke a cup.
It was one of my mother’s best cups, so I was afraid that she would be mad.
I put the broken cup back on the table, and I didn’t tell anyone that I had broken it.
That night, my mother asked who had broken the cup.

My mother said that we would all be punished, if someone didn’t tell the truth and say who broke the cup.
I still did not tell her that I had broken it.
She gave us one more chance, and said that she wasn’t mad about the cup; she just wanted us to be honest.
I still didn’t say anything.

My brother, sister and I all got sent to our rooms.
We had to stay in our rooms all morning.
My brother said that it wasn’t fair.

I felt very bad because my brother and sister were being punished because of me.
I went to my mother and told her that I had broken the cup.
She said that she was not upset about the broken cup.
She knew that it was an accident.

She was disappointed in me because I hadn’t come forward and told the truth.
She said that she wouldn’t have punished me if I had been honest with her.
I told my brother and sister that I was sorry.
I felt bad because they were punished because I was dishonest.
I told my mother that I was sorry that I had lied to her.
I told her that I had learned a lesson.

Honesty is the best policy.
It is better to tell the truth.
It is not a good feeling when people don’t trust you.
I have learned that lying just hurts people.
Sometimes it is hard to be honest, but it is the best way to be.