When Alexander Graham Bell developed the telephone in the 1870s, it was fairly simple to use. You talked into the mouthpiece and then held it to your ear to listen. For a century of so, using the telephone meant either contacting the operator to dial a number, or dialing yourself. After that, all you had to do was talk or listen. Nowadays, the telephone has become a very complex instrument; it rivals the computer as to the number of possible uses. Answering machines have been around for several decades, but they are now being replaced by voicemail.

Voicemail does away with the need for an answering machine. Messages are stored on the system. That means that it is possible to forward the message to someone else’s phone, or transfer the call to a more convenient phone of your own. You can also use “call pickup,” so that anyone in your group can answer another’s phone. Conference calls have become very common. This is when one person phones first one person, then another, and keeps adding people to the telephone conversation. This can regularly be done with up to six people. It is very useful for business discussions where different people need to talk about the same thing.

It also speeds up the process of consensus, and allows everybody to be in on the decision or discussion. The modern phone has many more features. If you don’t want the caller to know what is being said in your office, you can push the “mute” button. If you want to hang up without putting the receiver down, press “goodbye.” If you don’t want to receive calls, just forward them all into your voicemail. Newer phones will indicate when you have voicemail messages. If you have trouble with these features, an automatic voice will tell you your options. This help-system is built into the telephone. For example, the help-voice will tell you how to set up a distribution list, so that you can send the same voice message to a number of people.

It will also tell you how to send a message directly onto someone’s voicemail. You can designate your message to go to the top of the recipient‘s voicemail list. You can also program it so that the recipient cannot forward it. Some systems have limits on how much space can be used for individual voicemail. There are a number of courtesies that voicemail users should follow. Your greeting on your voicemail should be simple, polite and clear. If you are unable to take calls for any reason, you might want to explain that in your recorded greeting.

If you are on vacation, you might want to include that information in your greeting. Don’t use voicemail as a way to avoid answering the telephone. Some people use voicemail to screen calls; this can be annoying to someone who can never contact you directly. Check your messages regularly and reply to them promptly. Enjoy the telecommunications revolution! 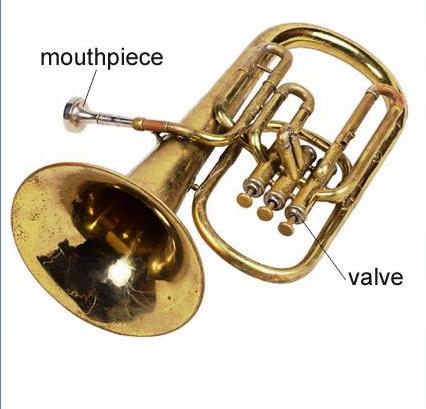 the part of a musical instrument, telephone etc that you put in your mouth or next to your mouth
Ben put his hand over the mouthpiece and shouted to me.

—
rival
—
do away with somebody/something phrasal verb

to get rid of something or stop using it
People thought that the use of robots would do away with boring low-paid factory jobs.

an opinion that everyone in a group agrees with or accepts
consensus on/about
a lack of consensus about the aims of the project
consensus that
There is a consensus among teachers that children should have a broad understanding of the world.
The EU Council of Finance Ministers failed to reach a consensus on the pace of integration.
the current consensus of opinion
The general consensus was that technology was a good thing.
the consensus politics of the fifties
What is the (general) consensus of opinion, gentlemen?

Can we reach a consensus on this issue?
the decline of consensus politics
He’s not really in touch with consensus reality (=what most people agree is real).
—
designate
—
recipient

this slip must be signed by the recipient
—
individual
—
screen call
—

promptly1
at the right time without being late
ￚsynonym on timeShe arrived promptly.
2
immediately
She turned off the alarm and promptly went back to sleep.
3
without delay
A reply came very promptly.