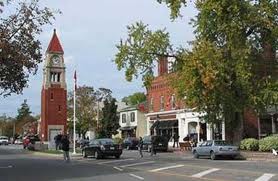 Niagara-on-the-Lake is a little town at the mouth of the Niagara River. It is only twelve miles north of Niagara Falls. It used to be true that very few tourists would bother to travel from the Falls down to Niagara-on-the-Lake. Nowadays, however, the little town itself is a major tourist attraction.

The town has a remarkable history. The area played an important role in both the American Revolutionary War and the War of 1812. As a result, the little town has two forts, Fort George and Fort Mississauga. When Fort George was reconstructed for the public in the 1930s, Niagara-on-the-Lake got its first big tourist attraction.  Because Niagara-on-the-Lake was the first capital of Ontario, it has many significant “firsts.” There was the first parliament in the province, the first legal society, the first library, the first newspaper, the first museum building, and many more “firsts.”  Besides its history, the town, which is bordered by Lake Ontario and the Niagara River, has beautiful scenery. On a summer’s day, visitors can watch the sailboats going out the river to the lake. On the landside, Niagara is part of the fruit belt of Ontario. Peaches, pears, apples, cherries and strawberries grow here in abundance. There are also long rows of vines, and winemaking has recently become a major industry.

The mild humid climate allows plants to flourish. The trees, especially the oaks, grow to remarkable heights. Flowering trees and shrubs perfume the air in the spring. Gardens are often spectacular for much of the year. Because of this, Niagara-on-the-Lake attracts many painters and photographers. Many of the private homes also have a long history, and great care is taken to keep them looking their best.  The biggest single attraction is the Shaw Festival Theatre. The Festival was founded in 1962 by a group of Shaw enthusiasts. Early productions were often held in the historic Court House on the main street, and plays still take place there. In 1973, however, a new 861 seat Shaw Theatre was built at the south end of town. Since then, traffic to Niagara-on-the-Lake has been steady all through the long summer season.

In 1996, Niagara-on-the-Lake was voted “the prettiest town in Canada.” Partly, it is the scale of things that makes the old town so attractive. The old town is only about eight blocks long by eight blocks wide. It has a population of little more than 1,000 people. Nonetheless, there is a lot for people to do and see. There are many interesting shops, old hotels, bookstores, art galleries, museums, a golf course, a marina, historic churches and cemeteries, several parks, three theatres and lots of restaurants.

Because it is small, Niagara-on-the-Lake is a good place to walk around or bicycle around. There are also horse and wagon rides. Although the main street can be hectic in tourist season, one doesn’t have to go far off the main street to get in touch with an older slower time. Most of the downtown buildings haven’t changed much since the days of Queen Victoria, and tourists can still imagine that they are back in the days before computers and television.

remarkable
unusual or surprising and therefore deserving attention or praise 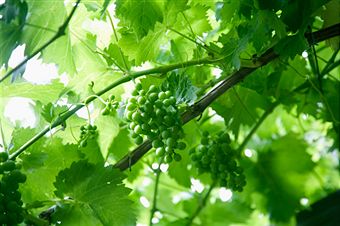 to grow well and be very healthy
Most plants will flourish in the rich deep soils here. 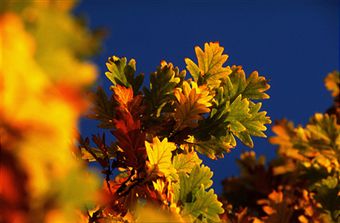 a large tree that is common in northern countries, or the hard wood of this tree
an oak door

a piece of land, usually not belonging to a church, in which dead people are buried
ￚsee also graveyard

very busy or full of activity
I’ve had a pretty hectic day.
a hectic social life