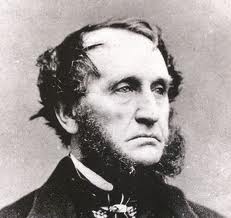 When the first Europeans came to North America, they found dense forests coming down right to the shore. So thick were the forests that it is said that a squirrel could travel from the Atlantic Ocean to the Mississippi River without once touching the ground. Clearing these trees to make room for fields and buildings was a very difficult task for the early settlers. Another difficulty was finding enough food in this new land. Many European crops would not grow in this climate. Carrying and storing seeds over a long period was also risky. Native Indians were often helpful in teaching the settlers how to find food. But sometimes there were no Indians nearby, or they were hostile. John Chapman is famous today because he helped the early settlers grow one important product – apples. Apples could be eaten fresh in the fall, or stored through the winter. They could be made into fresh apple juice or alcoholic cider. They could be dried, or made into applesauce. Apples also could be made into vinegar, which was very useful for keeping vegetables from spoiling. John Chapman was born in Massachusetts in 1774, the year before the American Revolution began. John’s father joined George Washington’s army to fight for American independence from Great Britain. While the war was going on, John’s mother died. In 1780, John’s father married again, and soon John had lots of young brothers and sisters. John probably worked on his father’s farm as he was growing up. Then he worked on neighbouring farms. It may be at this time that John began to learn about apples. After the Revolutionary War, the population of the U.S.A. was expanding. Many Americans wanted to go west over the mountains to find land in Indian Territory. In the fall of 1797, young John Chapman headed west into Pennsylvania. On his way, he gathered leftover apple seeds from the cider mills that he passed. As usual, John walked barefoot, but as he travelled snow began to fall. He tore strips off his coat and tied them around his feet. Then he made snowshoes out of tree branches. When he arrived in the west, he began to clear land and plant apple seeds. This began a pattern that would last Chapman’s whole life. He would travel ahead of the settlers, clear land, and then sell his baby apple trees to the settlers when they arrived. When the area became too settled, Chapman would move further west, and start again. Many settlers regarded John Chapman as a strange character. He never bought new clothes, but wore whatever old clothes came his way. But he was always welcome at a settler’s cabin. John was good at clearing land, telling stories, and growing apples. He liked children, and children liked him. He was a religious man and would read to the settlers about God and living together peacefully. At this time, there was conflict between the settlers and the Indians about land. John managed to be friendly with both groups. But John did warn the settlers if the Indians were planning to attack them. Every fall, John went east to gather more apple seeds. Then he would go further west and find some empty land to plant his seeds. During the warm weather, he tended all his fields of baby apple trees. Once they were properly grown, he sold the seedlings to settlers. When he had earned enough money, he bought land to grow more apple trees. In his own lifetime, he became known as Johnny Appleseed. Legends grew up about him. It was said that his bare feet could melt snow, and that he could leap across rivers. Johnny Appleseed never built himself a real home. He was a wanderer all his life, travelling west to Indiana and Iowa and back east again. He enjoyed sleeping outdoors, lying on his back, looking up at the stars and thinking about God and his world. He died in Indiana in 1845, and no one knows exactly where he is buried. But all through that region are hundreds of apple trees. These apple trees are the most fitting memorial to John Chapman – the legendary Johnny Appleseed. 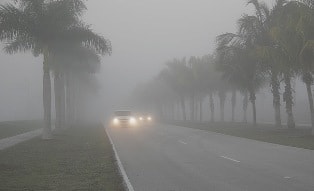 Closely compacted in substance:
As the storm cleared, a dense fog came down
Having the constituent parts crowded closely together

Source2
1 made of or containing a lot of things or people that are very close together [= thick]
Dense undergrowth/forest/woodland/jungle etc
A narrow track wound steeply up through dense forest.
A dense rurally-based population

Source3
a : marked by compactness or crowding together of parts
Dense vegetation>

b : having a high mass per unit volume
Carbon dioxide is a dense gas

Examples of DENSEThey cut a path through the dense jungle.
a dense tangle of wires
a dense cluster of stars
That part of the city has a dense population of immigrants.
A dense mass of spectators filled the courtroom.
Synonyms: compact, crowded, close, jam-packed, packed, thick, tight
Antonyms: airy, loose, open, uncrowded. 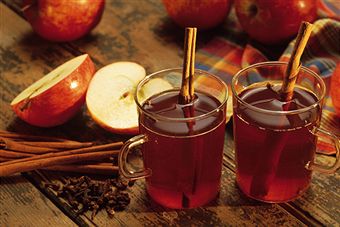 Another source
1: fermented apple juice often made sparkling by carbonation or fermentation in a sealed container
2: the expressed juice of fruit (as apples) used as a beverage or for making other products (as applejack) 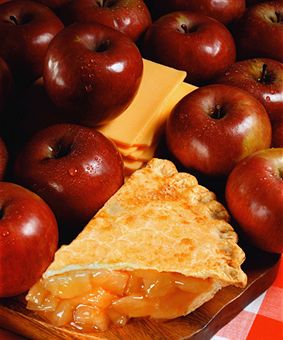