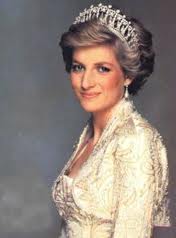 Diana, Princess of Wales: ‘A Modern Tragedy And It’s Consequences’ (1)

Ladies and Gentlemen, I must begin by saying how warmly I welcome this conference on landmines convened by the Mines Advisory Group and the Landmines Survivors’ Network. It is so welcome because the world is too little aware of the waste of life, limb and land which anti- personnel landmines are causing among some of the poorest people on earth. Indeed, until my journey to Angola early this year – on which I am going to speak this morning – I was largely unaware of it too. For the mine is a stealthy killer. Long after conflict is ended, its innocent victims die or are wounded singly, in countries of which we hear little. Their lonely fate is never reported. The world, with its many other preoccupations, remains largely unmoved by a death roll of something like 800 people every month – many of them women and children. Those who are not killed outright – and they number another 1,200 a month – suffer terrible injuries and are handicapped for life.

I was in Angola in January with the British Red Cross – a country where there are 15 million landmines in a population, Ladies and Gentlemen, of 10 million – with the desire of drawing world attention to this vital, but hitherto largely neglected issue. Some people chose to interpret my visit as a political statement. But it was not. I am not a political figure. As I said at the time, and I’d like to re-iterate now, my interests are humanitarian. That is why I felt drawn to this human tragedy. This is why I wanted to play down my part in working towards a world-wide ban on these weapons. During my days in Angola, I saw at first hand three aspects of this scourge. In the hospitals of Luanda, the capital, and Huambo, scene of bitter fighting not long ago, I visited some of the mine victims who had survived, and saw their injuries.

I am not going to describe them, because in my experience it turns too many people away from the subject. Suffice to say, that when you look at the mangled bodies, some of them children, caught by these mines, you marvel at their survival. What is so cruel about these injuries, is that they are mostly invariably suffered, where medical resources are scarce. I observed for myself some of the obstacles to improving medical care in most of these hospitals. Often there is a chronic shortage of medicine, of pain killers, even of anaesthetics.

Surgeons constantly engaged in amputating shattered limbs, never have all the facilities we would expect to see here. So the human pain that has to be borne is often beyond imagining. This emergency medical care, moreover, is only the first step back to a sort of life. For those whose living is the land, loss of an arm or leg, is an overwhelming handicap which lasts for life. I saw the fine work being done by the Red Cross and other agencies to replace lost limbs. But making prostheses is a costly as well as a complicated business. For example; a young child will need several different fittings as it grows older. Sometimes, the severity of the injury makes the fitting of an artificial limb impossible. There are never enough resources to replace all the limbs that are lost.