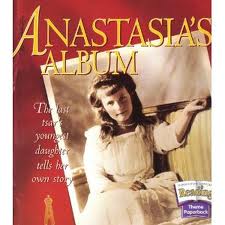 Anastasia and the Russian Revoluion

The twentieth century brought many changes to traditional cultures around the world. Some of the most radical changes occurred in the Russian Empire, which had one of the oldest monarchies in Europe. In 1917-18 the rule of the Tsars was replaced by the world’s first communist government led by Vladimir Ilyich Lenin. No one was more affected by these changes than Anastasia, the Tsar’s youngest daughter. Between 1895 and 1901, Tsar Nicholas II and his wife Alexandra, became the parents of four beautiful and healthy daughters – Olga, Tatiana, Marie and Anastasia.

However, since a girl could not inherit the throne of Russia, it was important for Alexandra to give birth to a son. Finally, in 1904, the Tsar and Tsarina had a son, Aleksei. This event, which should have made the whole family very happy, proved to be a source of great sorrow. Aleksei was soon found to have an incurable disease. This disease, hemophilia, meant that Aleksei regularly suffered from uncontrollable internal and external bleeding which left him very weak. This caused anxiety for all the family, especially his mother and father.

The Tsar and Tsarina loved their children. The girls, who didn’t have to worry about becoming rulers, led a fairly carefree existence. Anastasia and her sisters lived in a palace with hundreds of servants. They attended many society parties with their parents. The most elaborate parties were the grand balls, where everyone dressed in their finest clothes and danced all through the night. The absolute rule of the Tsar was not popular with everybody. The majority of the population was poor peasant farmers who could barely keep themselves and their families alive. If they moved into the city to get jobs in the factories, they had to work long hours for very low wages, and live in slum conditions. Popular opposition forced the Tsar in 1905 to give up some of his power to an elected parliament. None of the girls married.

They all lived a happy life together. They moved from palace to palace, attended by their private tutors, visiting the beach, and sailing on the royal yacht. Anastasia was the clown of the family. She didn’t like schoolwork, but she enjoyed painting and photography. Many of her photos of the royal family in happy times survive. Soon the Tsar’s problems worsened. The Empress Alexandra worried about her son and became ill. War with Germany broke out in 1914, and the Russians suffered many defeats and losses. In March 1917, there was popular revolution, and the Tsar was deposed. From that time on, the royal family was prisoners.

At first, they were treated kindly, but in November, the Bolsheviks or communists gained control of the revolution. Lenin and his followers hated the Tsar. The royal family had been living in Tobolsk in Siberia. Because of fears that they might escape, they were brought back to Ekaterinburg in the Ural region. Here, after midnight on June 19, 1918, the entire royal family was shot by the Bolsheviks. To some, this news was too dreadful to be believed.

The thought that the Tsar’s lively and beautiful daughters had been killed was too hard to bear. Within a couple of years, a woman who went by the name of Anna Anderson appeared in western Europe. She claimed to be Anastasia. Some believed her story and some did not. With the fall of the Soviet Union, it was possible to investigate the murder of the royal family. It was also possible to prove that Anna Anderson was not the real Anastasia. After a long search, the bodies of Anastasia and Aleksei were found. They had died with the rest of the family. A great mystery was finally solved.

▶CHANGE/DIFFERENCE◀
a radical change or difference is very big and important
They are proposing radical changes to the way the company is run.
a radical reform of the tax system
There are radical differences between the two organizations.

inherit to receive money, property etc from someone after they have died
inherit something from somebody
He inherited a fortune from his grandmother.
inherited wealth

—
to give birth to a son

give birth (to somebody)
if a woman gives birth, she produces a baby from her body
Patsy was celebrating last night after giving birth to twins.

—
incurable
impossible to cure
—
hemophilia
a serious disease that prevents a person’s blood from becoming thick, so that they lose a lot of blood easily if they are injured
—
peasant

a poor farmer who owns or rents a small amount of land, either in past times or in poor countries
Most villagers are peasant farmers.

a house or an area of a city that is in very bad condition, where very poor people live
a slum area slum housing

Another Source
also slums pl.— a city area of poor living conditions and old unrepaired buildings, esp. in the center of a city: living in the slums of London | derelict slum property