Tasha signed a piece of paper which gave her a chance to win a free air plane ride. She put her name, address and telephone number on that piece of paper. A few days later she got a telephone call. It was the man that was holding the ticket draw. Tasha didn’t think she would win, but the man on the telephone said she did!
She listened as the man told her where she would have to go to get her free air plane ride. She had to go near the town of Grimsby. She was allowed to pick a friend to go with her on the air plane ride. Tasha was so happy! She asked her twin sister Tawnya to go with her. Tawnya was very excited! Neither of them had been on an air plane before.
When they got to the air plane centre, Tasha and Tawnya were nervous. They knew the air plane was small so that meant only the pilot and them were going to be in the plane. Their mom took a picture of them beside the plane before they left.
Tasha and Tawnya hopped into the plane. They put their seatbelts on and got ready for take-off. Tasha got to sit in the very front, right beside the pilot. Tawnya sat behind Tasha. The girls laughed nervously as the plane started rolling down the runway. They went faster and faster, trees passing by quickly. There was a powerful surge making everyone’s head jerk back. The plane started lifting off the ground. Up, up, and away! They were up off the ground and flying high in the sky! It seemed as though they could get anywhere within a matter of seconds. They flew from Grimsby to Beamsville where they saw their high school. Then, on to St. Catharines and then Niagara Falls. They even flew over top of their house! They took pictures of their house. They could see their pond from way up there, too.
The pilot asked Tasha if she wanted to fly the plane. “Sure!” Tasha said. So, Tasha took the steering handle and began to fly the plane. She didn’t really know how to fly it, so when she pulled the handle down, the plane shot upward. Both of the girls squealed. Tasha levelled the plane and flew smoothly from then on.
Soon it was time to go back to Grimsby. The pilot took over again. We braced ourselves as the landing strip got nearer. The landing went smoothly with Tasha and Tawnya beaming as they looked out at the ground. They hopped off of the plane, thanked the pilot and ran to tell their mom about their wonderful experience.

an occasion when someone or something is chosen by chance, especially the winning ticket in a lottery, or the teams who will play against each other in a competition
*England has been selected to play Germany in the draw for the first round of the World Cup.

very:
used to emphasize an adjective, adverb, or phrase 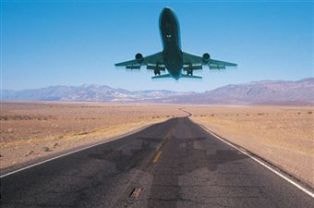 surge:
increase (probably in speed)
In this sentence, the surge would have been a sudden and great increase in speed, causing people’s heads to suddenly and powerfully jerk backwards.

to move with a quick sudden movement, or to make part of your body move in this way
Wilcox jerked his head to indicate that they should move on. ‘Is that the only way out of here?’ he asked, jerking a thumb at the door.
jerk back/up/forwards etc
Suddenly he jerked back in his chair.
The sound of the phone jerked me awake .

the parts of a car, boat etc that allow you to control its direction
power steering

to make a long loud high sound or cry
ￚsee also scream
squeal with/in
The children squealed with delight.
They drove off, tyres squealing. ‘Let me go!’ she squealed.

brace:
to make your body or part of your body stiff in order to prepare to do something difficult

landing strip:
a flat piece of ground that has been prepared for aircraft to use
ￚsynonym airstrip