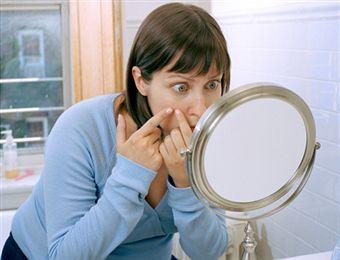 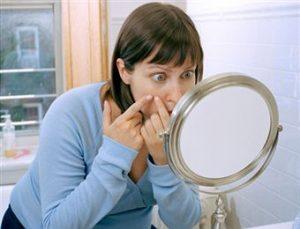 Most people would like to have an attractive physical appearance, but some people become very worried about the way they look. This can sometimes lead them to do things that are unhealthy. For example, many women believe that they must be very thin in order to be attractive.

They see pictures of fashion models who are very thin and then believe that an attractive woman must look the same way. However, many men prefer the appearance of women who are not so thin.

In order to become thin, some women try to reduce the amount of food that they eat. When this is taken to an extreme, a woman might eat far too little food to remain healthy. Her weight may become dangerously low, as she tries to become thinner and thinner. This condition is called “anorexia,” and it affects many thousands of women in Western countries.

Anorexia is one of several conditions known as eating disorders. Another eating disorder is called “bulimia.” A woman who has bulimia will sometimes eat large amounts of food, but then will try to eliminate the food, by vomiting. This is intended to prevent any weight gain, but it is also a very unhealthy behavior.

Unfortunately, some women are concerned about being very thin, but some women have different concerns related to the appearance of their body. For example, some women believe that their breasts are not large enough, and undergo surgery to enlarge their breasts. In this surgery, some artificial substance is implanted inside the breast to make it larger. Many women have had this surgery, but many of them have suffered serious health problems as a result.

In recent years, many men have also become very concerned about their physical appearance. For example, some men believe that they must become very muscular in order to have an attractive appearance. To achieve this appearance, some men use drugs called steroids, which make it possible to gain large amounts of muscle. However, steroids can have very unhealthy side effects. In addition to drugs, some men have used surgery to change their physical appearance. For example, some men have had implants to make their arms, legs, or chest appear larger.

It is unfortunate that so many people feel so unhappy about their physical appearance and that they do unhealthy things to change the way they look. Of course, everyone should try to be healthy, but people must also learn to accept their physical appearance. Many different body types can be attractive, and there is no single ideal body type. There is no need to use unnatural methods of changing one’s body. 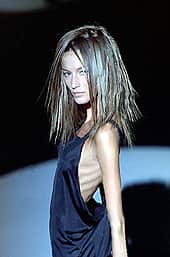 a mental illness that makes someone stop eating

disorder:
lack of order; confusion; DISARRAY: The house was in a state of complete disorder because of the young children.

an illness in which a person cannot stop themselves from eating too much, and then vomits in order to control their weight

-The credit card eliminates the need for cash or cheques.

-The teacher should try to eliminate the possibility that the child has a hearing defect.
eliminate something/somebody from something
-Fatty foods should be eliminated from the diet. 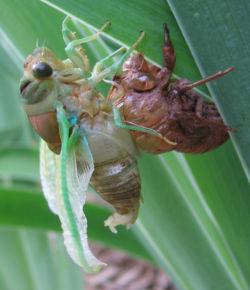 to experience (esp. something unpleasant, unwelcome, or difficult): She’s undergoing treatment at the hospital. | The company has undergone some major changes in the last five years.

if you undergo a change, an unpleasant experience etc, it happens to you or is done to you
The country has undergone massive changes recently. He has been released from prison to undergo medical treatment in the United States. She has been undergoing tests since Monday. Teachers should be expected to undergo mid-career training and development.

to put something into someone’s body by performing a medical operation
Surgeons successfully implanted an artificial hip.

a chemical that the body produces naturally or that can be made as a drug to treat illness and injuries. Steroids are sometimes used illegally by people doing sports to improve their performance
on steroids
a bodybuilder on steroids