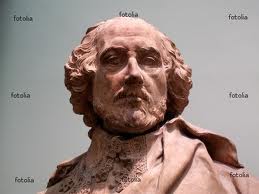 There have been many great writers in the history of English literature, but there is no doubt about which writer was the greatest. Many people consider William Shakespeare to have been the best writer who ever lived.

William Shakespeare was born in the town of Stratford, England, in the year 1564. When he was a young man, Shakespeare moved to the city of London, where he began writing plays. His plays were soon very successful, and were enjoyed both by the common people of London and also by the rich and famous. In addition to his plays, Shakespeare wrote many short poems and a few longer poems. Like his plays, these poems are still famous today.

Shakespeare’s most famous plays include Romeo and Juliet, Macbeth, Hamlet, King Lear, Othello, and Julius Caesar. Usually, Shakespeare did not invent the stories that he told in his plays. Instead, he wrote his plays using stories that already existed. However, Shakespeare’s plays told these stories in a more interesting way than ever before. Some of the stories were tragedies, some were comedies, and some described historical events.

In his plays, Shakespeare revealed a very wide knowledge of many areas of life. The characters in his plays discuss many different topics, often with the knowledge of experts. But what is even more impressive about these plays is Shakespeare’s use of the English language. His vocabulary was very large, and Shakespeare seems to have introduced many words to the language! Also, many of the phrases that are said by Shakespeare’s characters are now used in everyday conversation. Today, writers often use quotations from Shakespeare’s plays in their own works.

But perhaps even the most impressive features of Shakespeare’s plays are the characters within them. The many characters in his plays seem very different from each other, but they seem very realistic. The emotions they feel, the words they say, and the actions they perform are all easily understood. Many people who watch one of Shakespeare’s plays will find that they know people who remind them somewhat of the characters in those plays.

Shakespeare died in the year 1619, but his writings are still popular today, 400 years after they were written. The poems and plays are greatly admired by experts in literature, but also by people in general. Each year, hundreds of thousands of people enjoy attending performances of Shakespeare’s plays. No other writer in the English language has remained so popular for such a long time.

-He may be prosecuted for revealing secrets about the security agency.

-a test that can reveal a teacher’s hidden skills
reveal (that)
-He revealed that he had been in prison twice before.
reveal yourself (as/to be something)
-The violinist revealed himself as a talented interpreter of classical music. 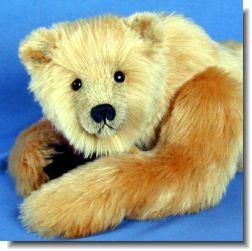