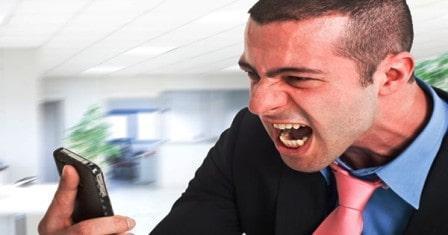 Why do People Dislike Other People

Some people don’t like other people just because they look different.
I think that is silly.
I don’t think that it is fair to judge someone by the way they look.
Some people look very nice, but they are mean or cruel.
Some people look very ordinary, but they are incredibly nice.
I remember when I was in grade one; I saw a girl across the room.
She had a mean look on her face.
I thought to myself that she was probably not a very nice person.
I stayed away from her, and played with the other children.
Then, we had to play a game, and the teacher said that she would pick partners for us.
The teacher picked the girl with the mean face as my partner.
I didn’t think that the game would be much fun at all with a partner who seemed as mean as that girl.
I walked up to her and said hello.
The girl’s face changed.
She smiled at me, and she began to talk to me.
Her mean face disappeared.
We had lots of fun playing the game.
We laughed a lot and enjoyed each other’s company.
That girl became my best friend.
Now when I look at her I see what is inside her.
Sometimes she doesn’t smile, but I know what she is like.
She is a kind and funny person.
I have learned that you can’t “judge a book by its cover.”
It is not fair to dislike someone just because they don’t look like you want them to look.
You have to get to know a person.
It doesn’t matter to me what color a person’s skin is.
It doesn’t matter to me if they are short or tall, skinny or fat or happy or sad looking.
I judge people by how they treat me, and I try to treat people like I would want to be treated.

– You made a lot of silly mistakes .

– I left my keys at home, which was a pretty silly thing to do .

– a silly hat I hate their parties – we always end up playing silly games.

▶CRUEL◀
cruel or not kind
– That was a mean thing to do.

– I felt a bit mean asking him to help.

– It’s a mean trick to play on someone.

2 in a way that is hard to believe:

– The knife had pierced his heart, but incredibly he was still alive.
– Incredibly, the smallest horse won the race!

▶SCHOOL YEAR◀
one of the 12 years that students are at school in the American school system, or the students in a particular year
second/eleventh etc grade
– My brother is in the sixth grade.
– a fifth-grade teacher.

1
▶CHOOSE SOMETHING◀
to choose a person or thing, for example because they are the best or most suitable
– Students have to pick three courses from a list of 15.

– I don’t know which color to pick.

2
▶FLOWERS/FRUIT ETC◀
to remove a flower, fruit, nut etc from a plant or tree
– We picked some blackberries to eat on the way.

company:
when you are with other people and not alone
– The two men enjoy each other’s company .

– Rita’s husband is away for the week, so I thought I’d go over and keep her company (=be with her so that she doesn’t feel lonely) .

– Come over for dinner – I could use the company (=would like to be with people) .

– James is good company (=a cheerful person who is enjoyable to be with) .