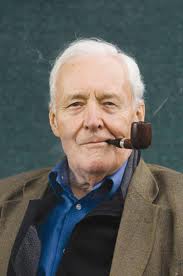 Tony Benn: ‘The Importance of Democracy’ (3)

Another way would be to have a looser, wider Europe. I have an idea for a Commonwealth of Europe. I am introducing a bill on the subject. Europe would be rather like the British Common-wealth. We would work by consent with people. Or we could accept this ghastly proposal, which is clumsy, secretive, centralized, bureaucratic and divisive. That is how I regard the Treaty of Rome. I was born a European and I will die one. But I have never put my alliance behind the Treaty of Rome. I object to it. I hate being called an anti-European. How can one be anti-European when one is born in Europe? It is like saying that one is anti-British if one does not agree with the Chancellor of the Exchequer.

What a lot of nonsense it is. I ask myself why the House is ready to contemplate abandoning its duties, as I fear that it is. I was elected forty-one years ago this month. This Chamber has lost confidence in democracy. It believes that it must be governed by someone else. It is afraid to use the powers entrusted to it by its constituents.

It has traded power for status. One gets asked to go on the telly if one is a Member of Parliament. The Chamber does not want to use its power. It has accepted the role of a spectator and joined what Bagehot called the dignified part of the constitution, leaving the Crown, under the control of the Prime Minister, to be the Executive part. If democracy is destroyed in Britain it will be not the communists, Trotskyists or subversives but this House which threw it away. The rights that are entrusted to us are not for us to give away.

Even if I agree with everything that is proposed, I cannot hand away powers lent to me for five years by the people of Chesterfield. I just could not do it. It would be theft of public rights. Therefore, there is only one answer. If people are determined to submit themselves to Jacques Delors, Madame Papandreou and the Council of Ministers, we must tell the people what is planned. If people vote for that, they will all have capitulated. Julius Caesar said, ‘We are just merging our sovereignty.’ So did William the Conqueror.

It is not possible to support the Government’s motion. I have told the Chief Whip that I cannot support the Labour motion. I invite the House to vote against the Government’s motion and not to support a motion which purports to take us faster into a Community which cannot reflect the aspirations of those who put us here. That is not a nationalist argument nor is it about sovereignty. It is a democratic argument and it should be decisive in a democratic Chamber.

clumsy
adjective
a clumsy action or statement is said or done carelessly or badly, and likely to upset someone :
David made a clumsy attempt to comfort us.

another source
awkward; too complicated to understand or use easily
The complaints procedure is clumsy and time-consuming.

divisive adjective
causing a lot of disagreement between people :

alliance noun
a group of two or more countries, groups etc who work together to achieve something :

independent organizations and alliances
The Green Alliance was formed to campaign against environmental damage.

contemplate verb
to think about something that you might do in the future SYN consider :

Abandon verb
to stop doing something because there are too many problems and it is impossible to continue :

Dignify verb
to make something or someone seem better or more important than they really are, especially by using a particular word to describe them

dignify somebody/something with something
I cannot dignify him with the name ‘physician’.
The mayor was there to dignify the celebrations.

Subversive  adjective
subversive ideas, activities etc are secret and intended to damage or destroy a government or an established system :

Capitulate verb
to accept or agree to something that you have been opposing for a long time SYN give in :
Helen finally capitulated and let her son have a car.

Merge verb
1 [ intransitive and transitive ] to combine, or to join things together to form one thing

The bank announced that it was to merge with another of the high street banks.
The company plans to merge its subsidiaries in the US.
merge something into something
proposals to merge the three existing health authorities into one
merge together
The villages have grown and merged together over the years.
2 [ intransitive ] if two things merge, or if one thing merges into another, you cannot clearly see them, hear them etc as separate things

merge into
She avoided reporters at the airport by merging into the crowds.
merge with
Memories seemed to merge with reality.

Motion  noun
a proposal that is made formally at a meeting, and then is usually decided on by voting :

The motion was defeated by 201 votes to 159.
motion to do something/motion that
We will now vote on the motion that membership charges should rise by 15%.
pass/carry/approve a motion (= accept it by voting )
The motion was carried unanimously.
I urge you to support this motion .
propose/put forward/table a motion (= make a proposal )
I’d like to propose a motion to move the weekly meetings to Thursdays.
The motion was seconded (= formally supported ) by Mr. Levin.
The attorneys filed a motion (= made a proposal in a court ) for a temporary restraining order.

Aspiration  noun
a strong desire to have or achieve something SYN ambition :

He has never had any aspiration to earn a lot of money.
What changes are needed to meet women’s aspirations for employment?
did he have presidential aspirations?
but then its aspirations all went horribly wrong.
today its atmosphere is more convivial, its aspirations more leisurely.
This aspiration is immediately clear from the outset of his new book.
It is a goal, an aspiration, but totally incoherent as a definition.
Our aspiration is to double in size and become a trillion-dollar company.
In the morning of life I knew aspiration and saw glory.
So practicing law, while a dream, had not been an aspiration.
Violence is not the answer to people’s legitimate aspirations.
Indeed, the address was long on aspiration but short on details.
The democratic aspiration is no mere recent phase in human history.
Tough gears to switch, but a respectable aspiration.
They are about individual endeavor and about national aspiration.