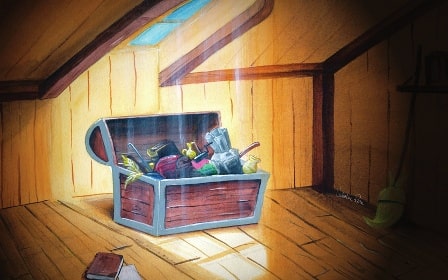 The Trunk in the Attic

I pulled and pushed around boxes and crates.
I helped her to wash the floors and walls.
My favorite thing that I did was to sort through the old trunk that she had up there.
The trunk had a rusty latch on it.
It was a bit difficult to open, but my grandmother got a knife and
pried the latch open.
The trunk was full of all kinds of things.
There were lots of clothes.

Some of the clothes had been my grandmother’s.
There was a blue velvet dress that she had worn to a dance when she and my grandfather were dating.
It was a beautiful dress, but there were a few moth holes in it.
There were some of my mother’s old clothes.

There was a pair of bell-bottom slacks that had bright flowers on it.
I couldn’t believe that my mother had ever worn something like that.
There were some of my mother’s old report cards.
Some of her marks weren’t very good.
I had fun reading the report cards.
There were photographs.

There was a picture of my grandparents holding my mother when she was a baby.
There was an old baseball glove that one of my uncles had owned.
There was even one of my old dolls in there.
One of her legs was missing.

My grandmother said that I was rough with my dolls when I was little.
I should have taken better care of my toys.
There was even some old jewellery.
I tried on some of the old clothes and jewellery.
I told my grandmother that I liked looking through old things.
My grandmother told me to keep whatever I wanted.
She said that it was all junk.
I still say that the trunk was full of treasures.

▶BOX◀
a very large box made of wood or metal, in which clothes, books etc are stored or packed for travel.

a space or room just below the roof of a house, often used for storing things.
-a small attic room.

Another Source
the space in a building, esp. a house, just below the roof, which can be made into a room but is usu. used for storing furniture. In the past, attic rooms were cheap to rent and people with little money often used to live in them.

a large box made of wood or plastic that is used for carrying fruit, bottles etc
crate of
-a milk crate.
-a crate of Persian Dough.

to look for something, especially when you are arranging things into an order

-Vicky sat down and sorted through the files. 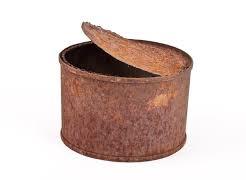 metal that is rusty is covered in rust
synonyms: rusted, rust-covered, oxidized;
-a rusty nail.
-a new metal that will never go rusty.

a small metal or plastic object used to keep a door, gate, or

a simple fastening for a door, gate, window, etc., worked by

dropping a bar into a U-shaped space:
-To open the gate, lift up the latch.
-lifting the latch, she pushed the gate open.

-We finally managed to pry the door open with a screwdriver.
-We used an iron bar to pry open the box.

an insect related to the butterfly that flies mainly at night and is attracted to lights. Some moths eat holes in cloth.

trousers with legs that get wider from the knee to the bottom
ￚsynonym flares
–bell-bottom trousers. 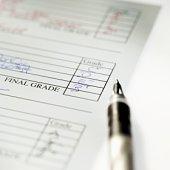 a written statement by teachers about a child’s work at school, which is sent to his or her parents

rough
(of a person or their behavior) not gentle;  using force, anger, or violence
synonym: violent
-strollers should be capable of withstanding rough treatment.

-Rugby is a very rough sport.
-Don’t be too rough – she’s only little.
-Paul gave her a rough shake.
-equipment capable of withstanding rough treatment
-The referee won’t allow any rough stuff (=violent behaviour) .
-be rough on somebody (=treat someone unkindly or criticize them in an angry way)
-Don’t you think you were a little rough on her?
-a rough boy
-He’s a rough-looking character.
-They complained of rough handling by the police.
-a rough neighborhood (=full of rough people)
-Don’t be so rough with that box — it’s got eggs in it.