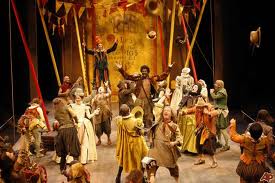 The Shakespearean festival in Stratford, Ontario, is one of the greatest theatrical festivals in the world. This is the story how this small town, which was far from any theatrical centers, became so important for drama. For most of its history, Stratford was the county town for the local farming region. It was also a railway center. But it was hardly known for the arts. An Irishman who opened an inn there founded Stratford in 1832.

He called his roadhouse “Shakespeare’s Inn,” after England’s great dramatist. Soon the little town became known as Stratford, after the town in England where Shakespeare was born. The local river was likewise called the Avon after the English river. The little town grew gradually and became the local center for government and law. Stratford people seemed to enjoy the association with Shakespeare. Many streets were given Shakespearean names such as Arden Park, Portia Boulevard, Romeo Street and Viola Court. Local schools received names such as Hamlet Public School or Falstaff School. Still, there was no attempt at Shakespearean theatre in Stratford, Ontario. In 1913, the Canadian Pacific Railway threatened to take over the town.

They proposed a railway line running through the center of Stratford, which would have taken over much of the town’s parkland. The townspeople voted down this proposal. Instead, they expanded the parkland along the Avon River. These parks were enhanced with gardens and, in 1918, a pair of swans was added. These swans were an imitation of the swans on English rivers. In 1950, it appeared that the railway would be closing some of its workshops in Stratford. The town was looking for ideas that might lead to new employment opportunities.

This was when one citizen, Tom Patterson, suggested that the town sponsor a drama festival. Patterson was able to get Irish director, Tyrone Guthrie, to come to Stratford in 1952. Guthrie agreed to head up the 1953 season. Everyone in Stratford pitched in to raise the necessary money and prepare the stage. Since there was no time to put up a building, the plays were staged under a huge tent. Two plays were put on during a six-week season, and with great success. In 1957, a permanent theatre was built. The Stratford season in 2001 runs for more than six months, from late April to early November.

There are fourteen plays in production at three different theatres. Altogether there are 668 performances, with a total attendance of 580,000 people. About 40% of the audience comes from the United States. Tom Patterson’s plan to ease unemployment in Stratford has worked well. The festival has helped to create nearly 6,000 jobs and generate wages and salaries of $110 million annually.

In total, the festival brings about $170 million of revenue into the Stratford area. Of course, to the audiences who come back every year, the main attraction is seeing some of the best Shakespearean theatre in the world. The Stratford Festival Company is Canada’s leading acting company, and many of its actors have become internationally known.

relating to the performing of plays
a Polish theatrical company

a masterpiece of theatrical arts
—
inn

1
a small hotel or pub, especially an old one in the countryside
2
a word used in the names of some pubs and hotels
We’re staying at the Holiday Inn.

—
roadhouse
a restaurant or bar on a main road outside a city, to which one goes to eat, drink, dance, etc.
—
dramatist

someone who writes plays, especially serious ones
ￚsynonym playwright

—
propose
—
enhance
to increase in strength or amount: Good secretarial skills should enhance your chances of getting a job. | Hopefully, the meeting will enhance the prospects for world peace. | computer-enhanced learning (=learning in which the student is helped or guided by a computer as well as by a teacher)
—
swan 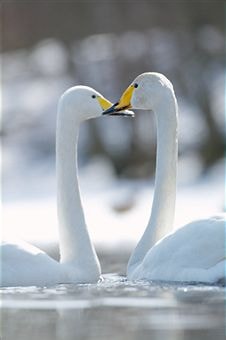 ▶BUILD◀
put something ↔ up
to build something such as a wall, fence, building etc
ￚsynonym erect

They’re putting up several new office blocks in the centre of town.
—
attendance