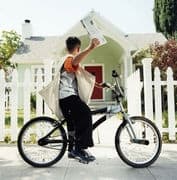 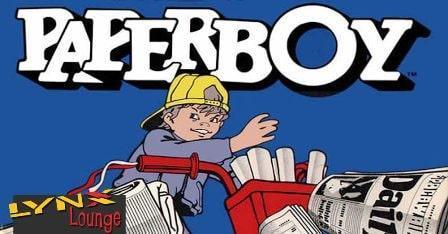 In my town there is a paperboy who just got an award for his actions.
This boy delivered the local newspaper every morning.
One of the people to whom he delivered the paper was an elderly man.
This man lived alone.
The paperboy had often spoken to the man, so he knew that the man lived alone.
The paperboy always left the newspaper in the man’s mailbox.
One morning the boy noticed that the man had not picked up his newspaper or his mail from the day before.
The boy felt that something was not right.
All day at school the boy had a feeling that something might be wrong with the man.
After school, the boy went back to the man’s house to see if he had taken his mail and newspapers.
The newspapers and mail were still in the mailbox.
The boy knocked on the man’s door.
He could hear a faint voice, but could not hear what the person was saying.
He tried to open the door, but it was locked.
The boy knew that something wasn’t right, so he went home and called the police station.
He explained to the police that the man lived alone.
He gave the address of the man’s house to the police.
The police knocked on the door, and they also heard the faint voice.
The police got into the house and found the man lying at the bottom of the stairs.
The man had fallen and broken his hip.
The man had not been able to get up.
He had been afraid that nobody would find him.
He was very grateful to the paperboy for caring enough to get the police.
The boy got an award.
The man said that the boy was a hero.
The police said that the boy was an example of a very good citizen.
The paperboy and the man are very good friends.
The man will never forget what the paperboy did for him.