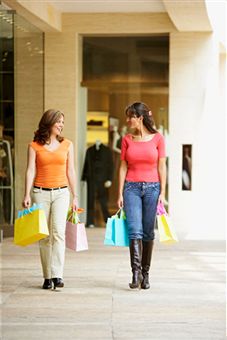 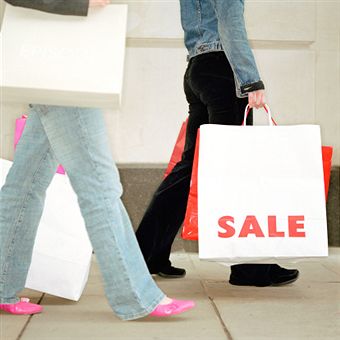 Shopping at the Mall

At one time in North America, most people shopped downtown on Main Street. Most businesses were at the center of town. When people started using automobiles, however, they moved away from downtown. In time, most people lived in the suburbs. Eventually, stores and small shopping plazas were built in suburban areas. Still, most of the big stores were downtown. But as more and more cars were on the roads, driving and parking downtown became a problem. There wasn’t room for a lot of cars to park downtown. People also didn’t want to fight downtown traffic just to go shopping. So in the 1950s and 1960s, there was the beginning of large suburban shopping malls and plazas. Plazas were a row of stores attached to one another. Malls were usually a double row of stores with a roof connecting both rows. This means that shoppers did all their shopping inside. Large department stores and grocery stores were usually part of the mall, but there were many smaller stores as well.

When you came to the mall and went inside, many people would get a shopping cart. You can walk along the aisles, putting your purchases in the cart. When you are finished shopping, you can push your shopping buggy out to the car. Many malls also have buggies or strollers for pushing small children along. There can be a lot of walking in a trip to the mall. In fact, some people go to the mall just to exercise. A half dozen laps around the mall every morning amount to a pretty good workout. However, there are always places to sit down when you get tired. Most malls have a food court. This is an open area with a lot of tables and chairs. Usually there are a dozen or more small restaurants circled around the food court.

The department stores often have full-size restaurants. Malls have large parking lots. Unlike downtown, you don’t pay to park at the mall. On a busy day, finding a space close to the store can be a challenge. Many people go to the malls when the weather is bad. During wintry weather, the malls are busy. Likewise, in really hot summer weather, people go to the malls to get cool. The climate there is always the same. People don’t go to the malls just to shop. They also go to meet people. Usually, you bump into friends and neighbours there. Old people, as well as teenagers, go there to see friends. Usually the malls sponsor special events. With lots to see and do, malls are a popular place to “hang out.” 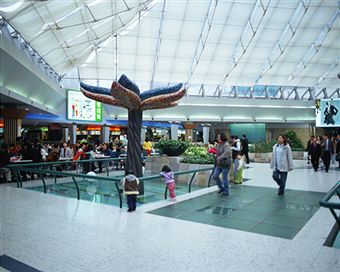 Source 2
1 a public square or market place surrounded by buildings, especially in towns in Spanish-speaking countries
2 a group of shops and other business buildings in a town, usually with outdoor areas between them

Source 3
an open area usually located near urban buildings and often featuring walkways, trees and shrubs, places to sit, and sometimes shops
They put his statue in the town’s plaza 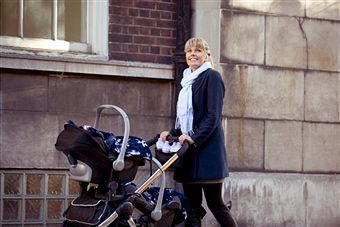 Source 2
(American English )a small chair on wheels in which a small child sits and is pushed along [= buggy BrE, pushchair BrE]

Source 1
One journey from the beginning to the end of a track used for running, etc

The fastest lap on record
She has completed six laps.
He was overtaken on the final lap.
To do a lap of honor (= go around the track again to celebrate winning)
(North American English) to do a victory lap

Source 2
A part of a long journey [= leg]
Lap of The last lap of their journey was by ship. 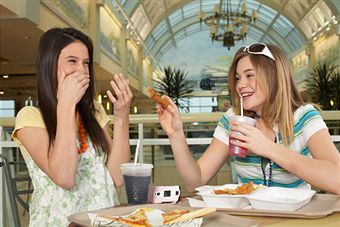 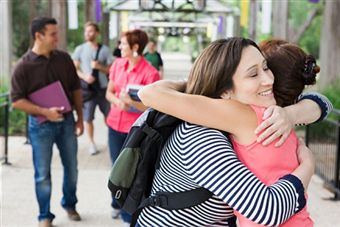 Source 1
To meet somebody by chance
I bumped into Simon this morning.

Source 2
To meet someone who you know when you were not expecting to [= run into]:
I bumped into Jean in town. 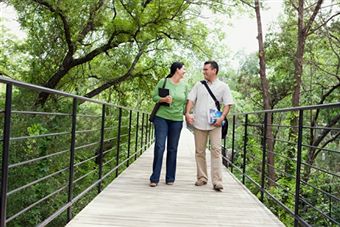 Source 1
A place where somebody lives or likes to go often
Synonym: haunt
This cafe is a popular hang-out for tourists.

Source 2
To spend a lot of time in a particular place or with particular people
Hang out withI don’t really know who she hangs out with.
Where do the youngsters hang out?