Some psychologists are interested in the measurement of psychological characteristics. For example, psychologists might develop tests to assess a person’s intelligence, personality traits, or interests. These tests can be used to help people make decisions about education, occupation, and clinical treatment.

Psychologists who study the behavior of animals are called ethologists. Ethologists often go into wilderness areas to watch the activity of birds, fish, or other animals. These psychologists try to figure out why it is that some animals have “instincts” for various behaviors such as parenting, mating, or fighting. Some ethologists have learned very much about the unusual behaviors observed in many animals.

These are only a few of the many areas of psychology. Truly, psychology is one of the most interesting areas of knowledge!

one part of a situation, idea, plan etc that has many parts
aspect of
*Dealing with people is the most important aspect of my work.
*Alcoholism affects all aspects of family life.
*the most terrifying aspect of nuclear bombing is radiation
*the various aspects of the problem

Another Source:
a particular side of a many-sided situation, idea, plan, etc.:
The training program covers every aspect of the job. | The rise in violent crime is one of the more worrying aspects of the current situation. 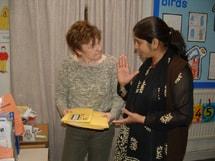 the activity of talking to other people, working together with them etc
interaction with/between

related to the process of knowing, understanding, and learning something
*cognitive learning

someone who is not known or not named
*The police are appealing for any person who was in the area at this time to contact them.

*murder by person or persons unknown
*All 115 persons on board were killed.

The scientific study of animal behavior, especially as it occurs in a natural environment 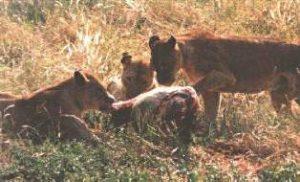 Another Source
an area in its natural state where there are no signs of humans: We went camping in the beautiful wilderness of West Virginia. | The mountain lion rarely leaves the wilderness.

a natural tendency to behave in a particular way or a natural ability to know something, which is not learned
ￚsee also intuition
instinct for
Animals have a natural instinct for survival.
instinct to do something
the human instinct to form relationships
by instinct
Birds build nests by instinct.
sexual/maternal/survival instinct

Her instinct told her that something was wrong.