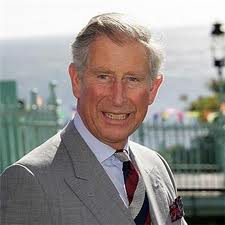 At last people are beginning to see that it is possible, and important in human terms, to respect old buildings, street plans and traditional scales and at the same time not to feel guilty about a preference for facades, ornaments and soft materials. At last, after witnessing the wholesale destruction of Georgian and Victorian housing in most of our cities, people have begun to realize that it is possible to restore old buildings and, what is more, that there are architects willing to undertake such projects. For far too long, it seems to me, some planners and architects have consistently ignored the feelings and wishes of the mass of ordinary people in this country.

Perhaps, when you think about if, it is hardly surprising as architects tend to have been trained to design buildings from scratch – to tear down and rebuild … A large number of us have developed a feeling that architects tend to design houses for the approval of fellow architects and critics, not for the tenants. To be concerned about the way people live, about the environment they inhabit and the kind of community that is created by that environment should surely be one of the prime requirements of a really good architect.

It has been most encouraging to see the development of community architecture as a natural reaction to the policy of decanting people to new towns and overspill estates where the extended family patterns of support were destroyed and the community life was lost. Now, moreover, we are seeing the gradual expansion of housing cooperatives, particularly in the inner-city areas of Liverpool, where the tenants are able to work with an architect of their own who listens to their comments and their ideas and tries to design the kind of environment they want, rather than the kind which tends to be imposed upon them without any degree of choice… What I believe is important about community architecture is that it has shown ordinary people that their views are worth having; that architects and planners do not necessarily have the monopoly of knowing best about taste, style and planning; that they need not be made to feel guilty or ignorant if their natural preference is for the more traditional designs – for a small garden, for courtyards, arches and porches – and that there is a growing number of architects prepared to listen and to offer imaginative ideas.

scale noun
range  [ countable usually singular ]
a whole range of different types of people or things, from the lowest level to the highest :

Some rural schools have 50 pupils, while  at the other end of the scale  are city schools with nearly 5,000 pupils.
up/down the scale
She gradually made her way up  the social scale .
animals which are lower down  the evolutionary scale  (= the range of animals that have developed gradually over a long time )

facade noun
the front of a building, especially a large and important one

ornament noun
a small object that you keep in your house because it is beautiful rather than useful :

a shelf covered with books and ornaments
china ornaments

from scratch noun
if you start something from scratch, you begin it without using anything that existed or was prepared before :

tenant noun
someone who lives in a house, room etc and pays rent to the person who owns it  →  landlord :
The desk was left by the previous tenant.

overspill noun
people who move out of a big city because there are too many people living there, and go to live in new houses outside the city :
an overspill of workers from London

monopoly noun
if someone has a monopoly on something, that thing belongs to them, and no one else can share it :
Teachers do not  have  a  monopoly on  educational debate.

1 British English   an entrance covered by a roof outside the front door of a house or church
2 American English   a structure built onto the front or back entrance of a house, with a floor and a roof but no walls