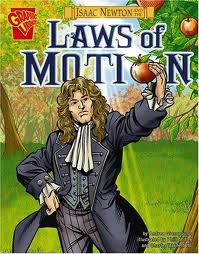 Let us first consider Newton’s three laws of motion. The first law of motion states that every object in a uniform state of motion tends to remain in that state of motion unless an external force is applied to it. This law is also known as the law of inertia. Newton’s first law means that objects tend to maintain their current velocity: objects at rest tend to stay at rest, and objects in motion tend to stay in motion. This law seems to contradict common sense, because the objects we see tend to slow down unless a force is applied to them; however, this deceleration is due to the force of friction that is caused by the air, the water, or the ground. If we could study objects moving in a vacuum, those objects would not slow down at all. The second law of motion explains the relation between the force applied to an object, the mass of an object, and the acceleration of an object.

According to Newton’s second law, the force required to cause a given amount of acceleration of an object of a given mass can be calculated by multiplying the acceleration of the object by the mass of the object. In other words, the force, F, equals the mass, m, times the acceleration, a. It is easy to see how this law works. If you want to cause a heavy car to increase or decrease its speed very suddenly, you must apply a very strong force. If you want to cause a lighter car to increase or decrease its speed quite gradually, you need to apply much less force. The third law of motion states that for every action, there is an equal and opposite reaction. One of the important applications of this idea can be seen in the flight of rockets. When a rocket expels hot, expanding gases from its tail, the backward force of those gases propels the rocket forward. Newton realized that the second law of motion could help to explain why objects, such as apples in an apple tree, tend to fall to the earth, and why the moon is held in orbit around the earth.

Newton discovered the law of universal gravitation, which can be summarized as follows: every object in the universe attracts every other object in the universe with a force that is proportional to the product of their masses and inversely proportional to the distance between them. This law has many important implications for our understanding of the world around us. One of these involves the tides: we can understand the rising and falling of ocean levels by considering the gravitational forces applied by the moon and the sun. Newton’s laws have served as the foundation for physics and engineering since the 17th century. In the next article, we will discuss the revolutionary discoveries made by physicists during the 20th century. 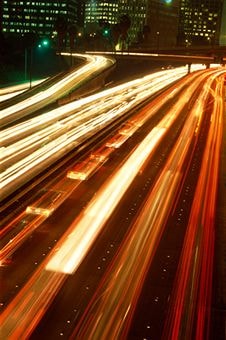 source 1
the act or process of moving or the way something moves
Newton’s laws of motion
The swaying motion of the ship was making me feel seasick.
(formal) Do not alight while the train is still in motion (= moving).
Rub the cream in with a circular motion.

source 2
the process of moving or the way that someone or something moves
motion of the motion of the planets
The rocking motion of the boat made Sylvia feel sick.
Newton’s first law of motion 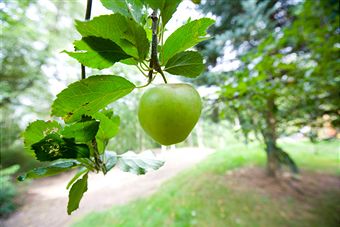 source 2
the force that causes two objects such as planets to move towards each other because of their mass [↪ gravity]:
Newton’s law of gravitation

crucialsource 1
extremely important, because it will affect other things
Synonym: critical, essential
a crucial factor/issue/decision
topics of crucial importance
The next few weeks are going to be crucial.
crucial to/for something
Winning this contract is crucial to the success of the company.
crucial that…
It is crucial that we get this right.
Parents play a crucial role in preparing their child for school.
He wasn’t there at the crucial moment (= when he was needed most).

Usage note: vitalSaying that something is necessaryIt is vital that journalists can verify the accuracy of their reports.
Journalists play a vital/crucial role in educating the public.
Public trust is a crucial issue for all news organizations.
The ability to write well is essential for any journalist.
The Internet has become an indispensable tool for reporters.
In journalism, accuracy is paramount. / …is of paramount importance.
It is imperative that journalists maintain the highest possible standards of reporting.

Usage note: essentialvitalcrucialcriticaldecisiveindispensableThese words all describe somebody/something that is extremely important and completely necessary because a particular situation or activity depends on them.
essential extremely important and completely necessary, because without it something cannot exist, be made or be successful: Experience is essential for this job.
vital essential: The police play a vital role in our society.

source 2
something that is crucial is extremely important, because everything else depends on it
crucial to This aid money is crucial to the government’s economic policies.
crucial in/to doing something
The work of monks was crucial in spreading Christianity.
play a crucial role/part in something The city of Mycenae played a crucial role in the history of Greece.
The conservation of tropical forests is of crucial importance. 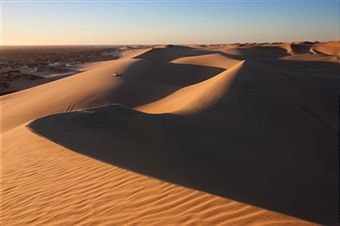 source 1
not varying; the same in all parts and at all times
uniform rates of pay
The walls were a uniform grey.
Growth has not been uniform across the country.
uniform lines of terraced houses (= they all looked the same)

source 2
being the same in all its parts or among all its members:
Grade A eggs must be of uniform size.

source 2
to make something such as a piece of equipment operate, usually by pushing or pressing something:
apply the brakes 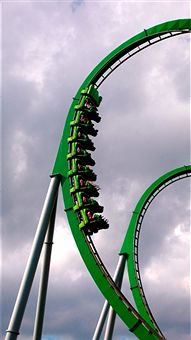 source 1
a property (= characteristic) of matter (= a substance) by which it stays still or, if moving, continues moving in a straight line unless it is acted on by a force outside itself 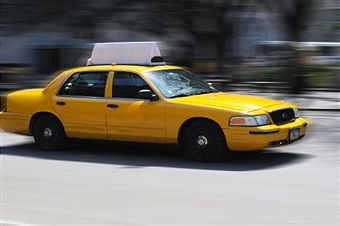 source 2
technical the speed of something that is moving in a particular direction:
the velocity of light
The speedboat reached a velocity of 120 mph.
a high velocity bullet 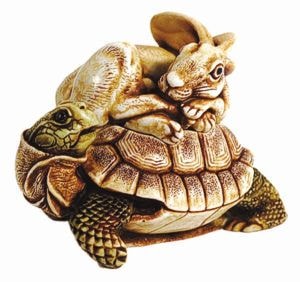 source 2
if one statement, story etc contradicts another, the facts in it are different so that both statements cannot be true:
The witness statements contradict each other and the facts remain unclear.

due to source 1
due to something/somebody caused by somebody/something; because of somebody/something
The team’s success was largely due to her efforts.
Most of the problems were due to human error.
The project had to be abandoned due to a lack of government funding.
Due to staff shortages, we are unable to offer a full buffet service on this train.

Some people think that it is more correct to use owing to to mean ‘because of’ after a verb or at the beginning of a clause, as due is an adjective.

Usage note: because ofExplaining reasonsThe number of people with diabetes is growing, partly because of an increase in levels of obesity.
The number of overweight children has increased dramatically in recent years, largely as a result of changes in diet and lifestyle.
The increase in childhood obesity is largely due to/the result of changes in lifestyle and diet over the last twenty years.
Many obese children are bullied at school on account of their weight.
Part of the problem with treating childhood obesity stems from the fact that parents do not always recognize that their children are obese.
Childhood obesity may be caused by genetic factors, as well as environmental ones.
Language Banks at cause, consequently, therefore

source 2
because of something:
The court of inquiry ruled that the crash was due to pilot error.
She has been absent from work due to illness.
The restaurant’s success was due largely to its new manager.
Attendance at the meeting was small, due in part to (=partly because of) the absence of teachers.

WORD CHOICE: owing to, due to, because of, thanks toOwing to and due to are slightly formal. They are often used in official notices and public statements
Owing to bad weather, this morning’s flight will be delayed.
He is retiring due to ill health.
!! Owing to and due to are prepositions (they come immediately before a noun). They are not conjunctions (they cannot connect two parts of a sentence)
I had to wait hours because the plane was delayed (NOT I had to wait hours owing to the plane was delayed).
In spoken English, it is more usual to use because of than owing to or due to All my clothes got wet because of the storm (NOT owing to the storm).
Thanks to is used to explain why something good has happened
Thanks to the success of his first album, he is now a wealthy man. 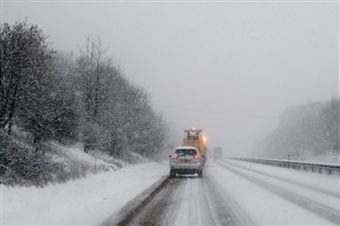 source 1
the resistance (= the force that stops something moving) of one surface to another surface or substance moving over or through it
The force of friction slows the spacecraft down as it re-enters the earth’s atmosphere.

source 2
the natural force that prevents one surface from sliding easily over another surface:
Putting oil on both surfaces reduces friction.

vacuumsource 1
a space that is completely empty of all substances, including all air or other gas
a vacuum pump (= one that creates a vacuum )
vacuum-packed foods (= in a package from which most of the air has been removed)

source 2
a space that is completely empty of all gas, especially one from which all the air has been taken away 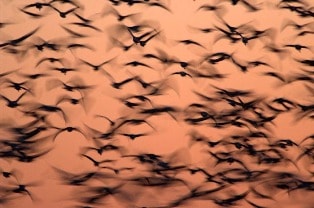 Weight is used in non-technical language for this meaning

source 2
the amount of material in something:
The sun makes up 99.9% of the mass of our solar system. 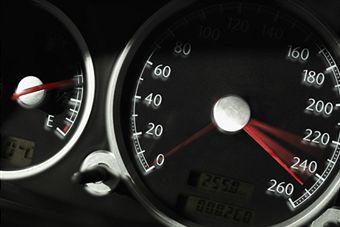 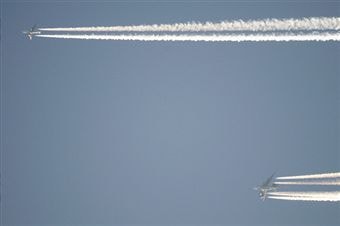 expandsource 1
to become greater in size, number or importance; to make something greater in size, number or importance
Metals expand when they are heated.
Student numbers are expanding rapidly.
A child’s vocabulary expands through reading.
The waist expands to fit all sizes.
expand something In breathing the chest muscles expand the rib cage and allow air to be sucked into the lungs.
The new system expanded the role of family doctors.
There are no plans to expand the local airport.
Opposite: contract

source 2
to become larger in size, number, or amount, or to make something become larger [↪ expansion; ≠ contract]:
Water expands as it freezes.
Sydney’s population expanded rapidly in the 1960s.
exercises that expand the chest muscles
his expanding waistline 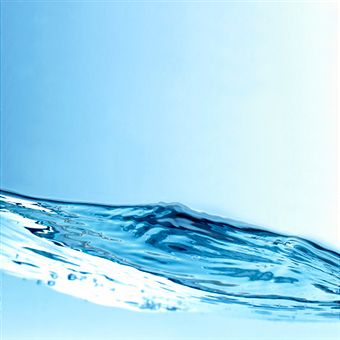 source 1
propel something (+ adverb/preposition) to move, drive or push something forward or in a particular direction
mechanically propelled vehicles
a boat propelled only by oars
He succeeded in propelling the ball across the line.

source 2
to move, drive, or push something forward [↪ propulsion]:
a boat propelled by a small motor
One of our students was unable to propel her wheelchair up the ramp.
propel yourself along/through etc She used the sticks to propel herself along. 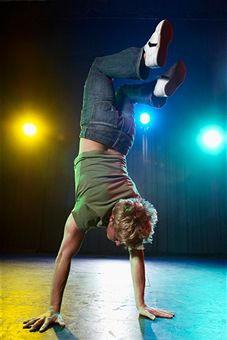 source 1
inverseopposite in amount or position to something else
A person’s wealth is often in inverse proportion to their happiness (= the more money they have, the less happy they are).
There is often an inverse relationship between the power of the tool and how easy it is to use.
inversely adverb
We regard health as inversely related to social class.

implicationsource 1
a possible effect or result of an action or a decision
They failed to consider the wider implications of their actions.
The development of the site will have implications for the surrounding countryside. 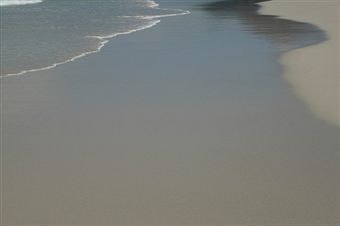 source 1
a regular rise and fall in the level of the sea, caused by the pull of the moon and sun; the flow of water that happens as the sea rises and falls
the ebb and flow of the tide
The tide is in/out.
Is the tide coming in or going out?
The body was washed up on the beach by the tide.

source 2
the tidethe regular rising and falling of the level of the seathe
tide is in/out (=the sea is at a high or low level)
Is the tide going out or coming in?
We went for a walk and got cut off by the tide.