It has been argued that the trial of Orenthal James (O.J.) Simpson for murder was the defining cultural experience of the U.S. in the 1990s. It dominated the front pages of newspapers in the U.S. and many other countries for several months. Indeed, Simpson was for a period of time probably the most talked about person in the world, but very few of the discussions were about his athletic career.

Until his internationally famous trial, Simpson was a relative unknown outside the U.S. A very wealthy and highly decorated former professional football player, Simpson made the transition to acting and television commentating after his illustrious football career. However, when he was charged in June of 1994 with the murder of his estranged wife Nicole Simpson and her friend Ronald Goldman, and after his dramatic suicide getaway attempt captured by television cameras, Simpson became known throughout the world almost overnight.

Simpson was born in San Francisco in 1947 to a poor family. His father abandoned the family, and it was his mother who encouraged Simpson to pursue sport, mainly to compensate for some physical problems he had developed as a child. Simpson became a solid baseball and football player early in his life and went on to enroll in the City College of San Francisco, where he continued to play impressive football. With offers from over fifty other universities to play football, Simpson went to the University of Southern California. There, he played out a distinguished college career and earned himself the 1968 Heisman Trophy for top college player in the U.S.

Simpson began his professional career by dropping out of school before graduation and immediately signing a three-year endorsement deal with Chevrolet for $250,000. Drafted by the Buffalo Bills in 1969, the first few years of Simpson’s professional career were undistinguished ones. However, from 1972 on, a new coach for the team made Simpson the central figure in the team’s offence. As a result, Simpson would go on to shatter several running records in the National Football League. At the conclusion of his career, Simpson was inducted into the Professional Football Players’ Hall of Fame.

After his professional football career, stories about Simpson’s alleged abuse of his wife began circulating. Nicole Simpson made the first call to police after an incident at a 1989 New Year’s Eve party, in which Simpson was fined $200. Over the next few years Nicole would make thirty emergency calls to the police, none of which led to formal charges. After the incidents surrounding Nicole’s death and Simpson’s subsequent flight from police, an exhaustive months-long trial ensued, leading to Simpson’s famous acquittal. More than just a murder trial, however, O.J. Simpson’s trial highlighted the racial tensions in the U.S. In fact, history will undoubtedly remember Simpson more for his trial than for his illustrious football career.

illustrious adjective   formal
famous and admired because of what you have achieved :

She has had an illustrious career.
Wagner was just one of many illustrious visitors to the town.

sb’s estranged husband/wife
someone’s husband or wife whom they are no longer living with, used especially in newspaper reports 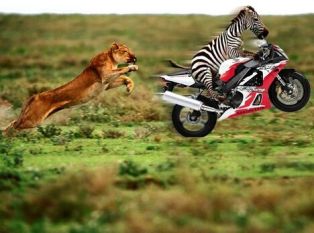 an escape from a place or unpleasant situation, especially after committing a crime :

The gunmen  made  a  getaway  on foot.
getaway car/vehicle/van  (= a car etc used by criminals to escape after a crime )

drop out of
Bill dropped out of college after his first year. 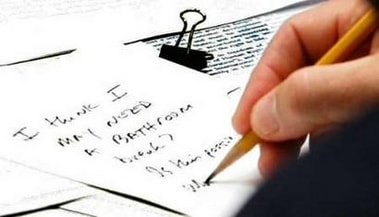 to sign your name on the back of a cheque to show that it is correct
— endorsement   noun  [ uncountable and countable ] :
celebrity endorsements
the official endorsement of his candidacy 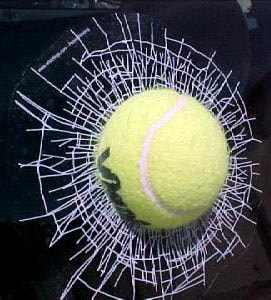 to completely destroy or ruin something such as someone’s beliefs or life :

A tragic accident  shattered  her  dreams  of Olympic glory.
A few weeks in a tiny damp room soon  shattered  his  illusions  about university life.
people whose  lives  have been  shattered  by war

to become broken
break   verb  [ intransitive ]   to become damaged and separate into pieces :

to break after being hit with a lot of force :
The bowl smashed as it hit the floor.
shatter   verb  [ intransitive ]   to break into a lot of small pieces :

The glass shattered all over the pavement.

crack   verb  [ intransitive ]   if something cracks, a line appears on the surface, which means that it could later break into separate pieces :

The ice was starting to crack.

burst   verb  [ intransitive ]   if a tyre, balloon, pipe etc bursts, it gets a hole and air or liquid suddenly comes out of it :

She blew up the balloon until it burst.

The damp had caused the wood to split.

crumble   verb  [ intransitive ]  to break into a powder or a lot of small pieces :
The cork just crumbled in my hand.