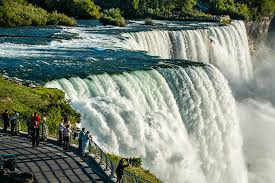 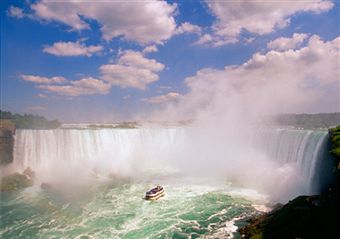 Niagara Falls is one of the world’s leading tourist attractions. Millions of people around the world visit here each year. Summers at the Falls are especially busy, with traffic jams and parking problems. However, the Falls are beautiful in winter too.  Many have asked why people travel so far to see water falling over a cliff. The size and beauty of Niagara Falls help to make it special. While many falls are higher than Niagara, very few are as wide or have such a volume of water.

It also helps that Niagara is relatively easy to travel to.  When the first Europeans came to Niagara, the Falls were surrounded by forest. The noise of the Falls could be heard miles away, before they were actually seen. The first visitors were filled with horror at the sight.  Later, fear ceased to be the main emotion inspired by the Falls. Later, visitors were impressed by the beauty and grandeur of the Falls, which overwhelmed them with wonder.

By the 1830s, people were able to come to the Falls by railway. As more and more people came, the tourist industry developed. Early tourism was not well regulated, and there were many complaints about cheats and swindles. Today, there are similar complaints about tourist junk and high prices. The majority of tourists stay on the Canadian side. There are two falls, separated by an island.

Newly married couples began coming to Niagara Falls when it was still a secluded, peaceful and romantic spot. It is still popular with newly-weds as a relatively inexpensive and convenient place to spend their honeymoon.

Besides being beautiful, Niagara Falls is also very useful. Their falling water is the power behind several of the largest hydroelectric stations in the world. Much of the electric power used in this part of North America comes from Niagara Falls. In order to harness this power, half of the flow of water is channeled away from the falls during the night, and during the non-tourist season. Probably most visitors don’t notice the difference.

Niagara has attracted many kinds of people over the years. Businessmen have come to profit from the tourists. Daredevils have come to make a name for themselves. Some have gone over the falls in a barrel, while others have walked above the falls on a tightrope. Poets and artists have visited here to capture its beauty. Lovers have come to gaze on its romantic scenery. All of these, and many others, have helped to make Niagara Falls world famous.

best, most important, or most successful
The army played a leading role in organizing the attempted coup.
the leading industrial nations a leading heart specialist leading members of the government

most important; chief; main:
He was one of the leading composers of his time.
a leading role in the new movie
the leading trade center in this area

▶AMOUNT OF SOMETHING◀
[countable usually singular, uncountable] the total amount of something, especially when it is large or increasing
volume of
The volume of traffic on the roads has increased dramatically in recent years.

the volume of trade

formal to stop doing something or stop happening
cease to do something
He ceased to be a member of the association.
The things people will do for charity never cease to amaze me (=I am always surprised by them) .
cease doing something
the decision to cease using CFCs in packaging
The rain ceased and the sky cleared.
cease trading/production/operations etc (=stop operating a business)
The company ceased production at their Norwich plant last year.
cease fire! (=used to order soldiers to stop shooting)

impressive beauty, power, or size
the grandeur of the mountains

Another Source
great beauty or power, often combined with great size:
You can’t help being impressed by the grandeur of the scenery in the Alps. 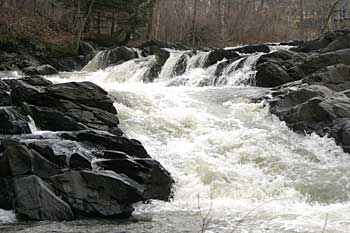 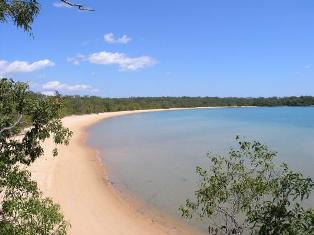 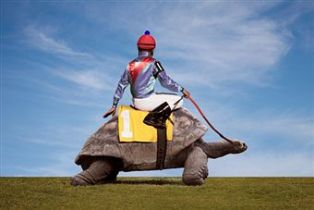 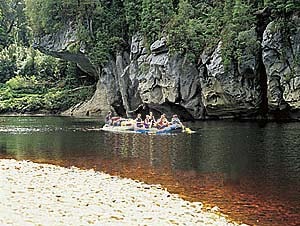 to move smoothly (as if) in a stream:

The river flowed along rapidly.
Blood was flowing from his wound.
The cars flowed in a steady stream along the main road.
(fig.) As they sat around the fire, the conversation began to flow freely. 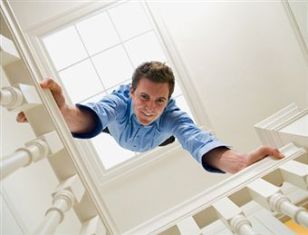 someone who likes doing dangerous things
a daredevil driver

make a name
make your name/make a name for yourself (=become famous for something)
He quickly made a name for himself in the Parisian art world. 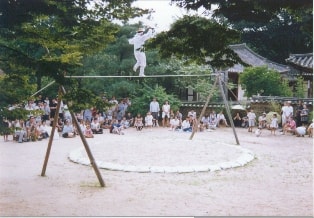 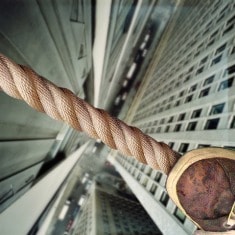