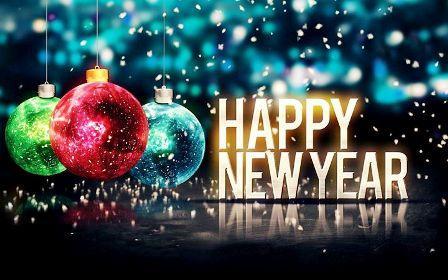 On New Year’s Day people start a new year.
Many people make resolutions.
They resolve to be better people.
Some people decide that they will lose weight so that they can be healthier.
Some people decide to give up smoking.
They also want to be healthier.
There are all kinds of resolutions that people make.
Some people try not to lose their tempers.
Some people say that they will work harder.
There are people who try to give up bad habits.
Every year, my brother says that he will stop biting his nails.
He stops biting his nails in January, but by February he always starts again.
That is the thing about New Year’s resolutions.
People seldom keep them.
Everybody starts out with good intentions, but it is very hard to stick with them.
I don’t make New Year’s resolutions.
I find that I just break them.
I just work day by day to break my bad habits.
I know that I eat too many sweets.
Every day, I just try to resist them.
I think that every day is a new day regardless of whether it is New Year’s Day or not.
Bad habits are hard to break.
The best thing is never to start any bad habits.
I don’t know if my brother will ever stop biting his nails, but I know that each January he intends to stop.
Maybe one of these New Year’s Days he’ll get over that habit.

a firm decision; something one makes up one’s mind to do or stop doing:
– She’s always making good resolutions but she never carries them out.
– I’ve made a New Year’s resolution (=one made on January 1st for the year ahead) to stop smoking.

phrasal verb
1
to begin happening or existing in a particular way, especially when this changes later
start out as
– ‘The Star’ started out as a small weekly newspaper.
– The leaves start out a pale green, and later get darker.
2
to begin your life or profession, or an important period of time
– When the band first started out, they played at small clubs.
start out as
– She started out as a model.
start out on
– young couples starting out on their life together
3
to begin going somewhere
Oliver started out at five, when it was still dark.

▶PROMISE/AGREEMENT◀
to not do something that you have promised to do or signed an agreement to do
– I never break my promises .

– You betrayed me. You broke your word .

– He was worried that he might be breaking his contract.

▶END SOMETHING◀
to stop something from continuing
– We need to break the cycle of poverty and crime in the inner cities.

– We took turns driving, in order to try and break the monotony.

– New talks will begin on Monday in an effort to break the deadlock .

– She can never resist buying new shoes.
it is hard/difficult/impossible to resist something

– resist the temptation/urge to do something

– She resisted the temptation to laugh.

– They only wanted 3 dollars for it, so how could I resist?

regardless of
without being affected or influenced by something

– They decorated the house regardless of cost.