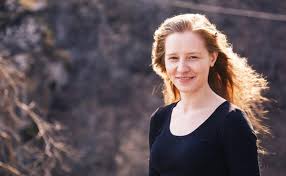 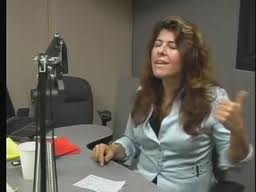 We lack archetypes for the questing young woman, her trials by fire; for how one “becomes a woman” through the chrysalis of education, the difficult passage from one book, one idea to the next. Let’s refuse to have our scholarship and our gender pitted against each other. In our definition, the scholar learns womanhood and the woman learns scholarship; Plato and Djuna Barnes, mediated to their own enrichment through the eyes of the female body with its wisdoms and its gifts. I say that you have already shown courage: Many of you graduate today in spite of the post-traumatic syndrome of acquaintance rape, which one-fourth of female students undergo. Many of you were so weakened by anorexia and bulimia that it took every ounce of your will to get your work in.

You negotiated private lives through a mine field of new strains of VD and the ascending shadow of AIDS. Triumphant survivors, you have already “become women.” Message No. 2 breaks the ultimate taboo for women. Ask for money in your lives. Expect it. Own it. Learn to use it. Little girls learn a debilitating fear of money — that it’s not feminine to insure we are fairly paid for honest work. Meanwhile, women make 68 cents for every male dollar and half of marriages end in divorce, after which women’s income drops precipitously. Never choose a profession for material reasons. But whatever field your heart decides on, for god’s sake get the most specialized training in it you can and hold out hard for just compensation, parental leave and child care. Resist your assignment to the class of highly competent, grossly underpaid women who run the show while others get the case — and the credit.

Claim money not out of greed, but so you can tithe to women’s political organizations, shelters and educational institutions. Sexist institutions won’t yield power if we are just patient long enough. The only language the status quo understands is money, votes and public embarrassment. When you have equity, you have influence — as sponsors, shareholders and alumnae. Use it to open opportunities to women who deserve the chances you’ve had. Your B.A. does not belong to you alone, just as the earth does not belong to its present tenants alone. Your education was lent to you by women of the past, and you will give some back to living women, and to your daughters seven generations from now. Message No. 3: Never cook for or sleep with anyone who routinely puts you down. Message No. 4: Become goddesses of disobedience. Virginia Woolf once wrote that we must slay the Angel in the House, the censor within. Young women tell me of injustices, from campus rape coverups to classroom sexism. But at the thought of confrontation, they freeze into niceness. We are told that the worst thing we can do is cause conflict, even in the service of doing right. Antigone is imprisoned. Joan of Arc burns at the stake. And someone might call us unfeminine!