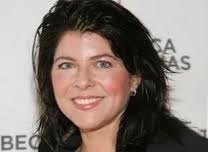 Even the best of revolutions can go awry when we internalize the attitudes we are fighting. The class of 1992 is graduating into a violent backlash against the advances women have made over the last 20 years. This backlash ranges from a Senator using “The Exorcist” against Anita Hill, to beer commercials with the “Swedish bikini team.” Today I want to give you a backlash survival kit, a four-step manual to keep the dragons from taking up residence inside your own heads. My own commencement, at Yale, eight years ago, was the Graduation from Hell. The speaker was Dick Cavett, rumored to have been our president’s “brother” in an all-male secret society. Mr. Cavett took the microphone and paled at the sight of hundreds of female about-to-be- Yale graduates. “When I was a graduate,” I recall he said, “There were no women.

The women went to Vassar. At Vassar, they had nude photographs taken of the women in gym class to check their posture. One year the photos were stolen, and turned up for sale in New Haven’s red-light district.” His punch line? “The photos found no buyers.” I’ll never forget that moment. There we were, silent in our black gowns, our tassels, our brand new shoes. We dared not break the silence with hisses or boos, out of respect for our families, who’d come so far; and they kept still out of concern for us. Consciously or not, Mr. Cavett was using the beauty myth aspect of the backlash: when women come too close to masculine power, someone will draw critical attention to their bodies. We might be Elis, but we still wouldn’t make pornography worth buying. That afternoon, several hundred men were confirmed in the power of a powerful institution. But many of the women felt the shame of the powerless: the choking on silence, the complicity, the helplessness. We were orphaned from the institution.

I want to give you the commencement talk that was denied to me. Message No. 1 in your survival kit: redefine “becoming a woman.” Today you have “become women.” But that sounds odd in ordinary usage. What is usually meant by “You’re a real woman [sic] now? ” You “become a woman” when you menstruate for the first time, or when you lose your virginity, or when you have a child. These biological definitions are very different from how we say boys become men. One “becomes a man” when he undertakes responsibility, or completes a quest. But you, too, in some ways more than your male friends graduating today, have moved into maturity through a solitary quest for the adult self.