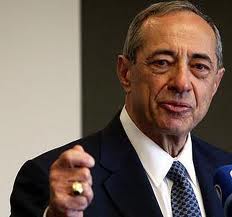 Ten days ago. President Reagan admitted that although some people in this country seemed to be doing well nowadays, others were unhappy, and even worried, about themselves, their families and their futures. The President said he didn’t understand that fear. He said ‘Why, this country is a shining city on a hill.’ The President is right. In many ways we are ‘a shining city on a hill.’ But the hard truth is that not everyone is sharing in this city’s splendor and glory.

A shining city is perhaps all the President sees from the portico of the White House and the veranda of his ranch, where everyone seems to be doing well. But there’s another part of the city, the part where some people can’t pay their mortgages and most young people can’t afford one, where students can’t afford the education they need and middle-class parents watch the dreams they hold for their children, evaporate.

In this part of the city there are more poor than ever, more families in trouble, more and more people who need help but can’t find it. Even worse: there are elderly people who tremble in the basements of the houses there. There are people who sleep in the city’s streets, in the gutter, where the glitter doesn’t show.

There are ghettos where thousands of young people, without an education or a job, give their lives away to drug dealers every day. There is despair, Mr President, in faces you never see, in the places you never visit in your shining city. In fact, Mr President, this nation is more a ‘tale of two cities’ than it is a ‘shining city on a hill’. Maybe if you visited more places, Mr President, you’d understand.

even through the thickness of his uniform Jack could feel the soft splendour of Polly’s body aginst his.
inside, the palace’s splendour made Ranulf catch his breath.
the splendor of Takht Jamshid

glory
when something is beautiful and impressive in appearance: 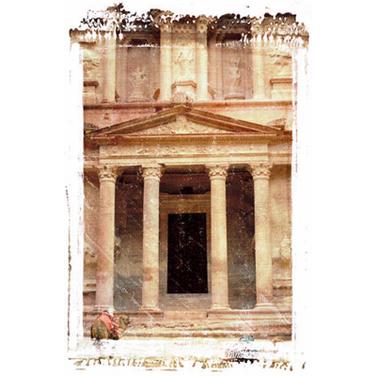 a covered entrance to a building, consisting of a roof supported by pillars

Guests gathered under the classical portico of the hotel.

the south portico of the White House
he aimed his ball at the portico and managed to hit the pumpkin with it.
she sat with her back against the portico.
she stood in the portico of his chamber and gravely allowed him to admire her.
under the portico, bodies are sprawled, a tangle of limbs of malnourished young men.

After dinner, we sat talking on the veranda.

no one had poured coffee yet, and the silence on the veranda was now very tense.
the veranda was on the ground floor and the gallery above has been preserved and strengthened.
the handkerchief fell on the veranda floor.
the prisoner was hauled out to the veranda.
the sun was very bright; flies and insects buzzed on the littered veranda.

ranch
a very large farm in the western US and Canada where sheep, cattle, or horses are bred

evaporate
if a feeling evaporates, it slowly disappears:

Hopes of achieving peace are beginning to evaporate.
His courage had evaporated away.
Her confidence had now completely evaporated.
Their lead in the opinion polls evaporated overnight.

a cattle ranch
a four-bedroom ranch
I sail past a little development of off-the-shelf ranch homes.
over the years, the ranch shrank.
we lived first on a ranch.
we saw small towns and huge cities, chicken farms and horse ranches.

tremble
to shake slightly in a way that you cannot control, especially because you are upset or frightened:

His lip started to tremble and then he started to cry.
tremble with anger/fear etc Greene was on his feet now, his body trembling with rage.
My legs were trembling with fear.
Her voice trembled with excitement.
He opened the letter with trembling hands.

gutter
the low part at the edge of a road where water collects and flows away:

The gutters were blocked and overflowing.

ghetto
a part of a city where people of a particular race or class, especially people who are poor, live separately from the rest of the people in the city. This word is sometimes considered offensive [↪ slum]:

unemployment in the ghetto
a poor kid growing up in the ghetto
The south coast of Spain has become something of a tourist ghetto.
He tended to stick to the relative safety of San Francisco’s gay ghetto.