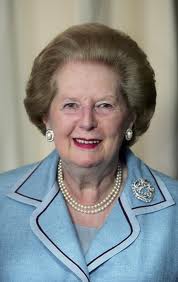 All these things alone are proof of our commitment to Europe’s future. The European Community is one manifestation of that European identity. But it is not the only one. We must never forget that east of the Iron Curtain peoples who once enjoyed a full share of, European culture, freedom and identity have been cut off from their roots. We shall always look on Warsaw, Prague and Budapest as great European cities. Nor should we forget that European values have helped to make the United States of America into the valiant defender of freedom which she has become. This is no arid chronicle of obscure facts from the dust-filled libraries of history.

It is the record of nearly two thousand years of ‘British involvement in Europe, cooperation with Europe and contribution to Europe, a contribution which today is as valid and as strong as ever. Yes, we have looked also to wider horizons – as have others – and thank goodness for that, because Europe never would have prospered and never will prosper as a narrow-minded, inward-looking club. The European Community belongs to all its members. It must reflect the traditions and aspirations of all its members. And let me be quite clear. Britain does not dream of some cosy, isolated existence on the fringes of the European Community. Our destiny is in Europe, as part of the Community.

That is not to say that our future lies only in Europe. But nor does that of France or Spain, or indeed any other member. The Community is not an end in itself. Nor is it an institutional device to be constantly modified according to the dictates of some abstract intellectual concept. Nor must it be ossified by endless regulation. The European Community is the practical means by which Europe can ensure the future prosperity and security of its people in a world in which there are many other powerful nations and groups of nations … To try to suppress nationhood and concentrate power at the centre of a European conglomerate would be highly damaging and would jeopardize the objectives we seek to achieve. Europe will be stronger precisely because it has France as France, Spain as Spain, Britain as Britain, each with its own customs, traditions and identity. It would be folly to try to fit them into some sort of identikit European personality.