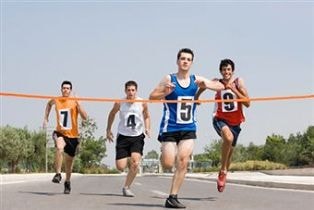 Few sports events integrate the competitive side of sport with the social and playful side of sport like marathon running. This might seem like a strange thing to say about what is such a rigorous and physically challenging event. However, major city marathons attract both serious competitors and less serious runners in the same event, and often generate a citywide party atmosphere leading up to and during the event.

The competitive marathon was introduced as part of the modern Olympic Games in 1896. The purpose of the event was to mimic the ancient Greek Games, despite the fact that no such event was held in ancient Greece. However, according to legend, in 490 BC a Greek soldier ran from Marathon to Athens to take news of a Greek military victory over the Persians. The runner collapsed with exhaustion and died. Interestingly, the first winner of the modern-day Olympic marathon in Athens, Greece, was Spiridon Louys, a Greek runner.

As the twentieth century unfolded, major track and field meets integrated the marathon into their schedules. However, the marathon grew in popularity due mostly to the emergence of several urban-based marathons. Some, notably the Boston Marathon, had been around for decades; however, many new ones emerged, especially in the 1970s and 1980s. The emergence of these popular races coincided with a late-twentieth century boom in the sports and exercise industry. As a result, the sport of running took off.

Also, lasting images from top international competitions began to attract people to marathon running. In the Olympic marathon in 1952, Emil Zatopek won the race after having competed-and also won-in the 5,000 and 10,000 metres races. In 1960 and 1964, Ethiopian Abebe Bikila won the marathon, making himself a national hero. Images of Bikila running barefoot in his first victory in 1960 are engrained in most serious marathoners’ minds.

Women entered marathon running in the 1960s and 1970s, although their participation was met with great resistance. While women had run marathons for decades (the first recorded time came in 1926 by Violet Percy), it was Kathy Switzer’s run in the 1967 Boston marathon that was one of the most important symbolic runs for women. In the middle of the marathon, a Boston official spotted Switzer running and tried to yank her off the course. Switzer and fellow supporters resisted, and she went on to finish the race. Switzer’s effort motivated other women to take on marathon running, and the participation rose, although slowly. It was not until 1984 that the women’s marathon was included in the Olympic program.

Today, major city marathons in Boston, New York, London, Berlin, and cities around the world make the race one of the most attractive participatory and spectator amateur sports events in the world.

if two or more things integrate, or if you integrate them, they combine or work together in a way that makes something more effective

integrate (something) into/with something
Colourful illustrations are integrated into the text.
Transport planning should be integrated with energy policy.
computers of different makes that integrate with each other 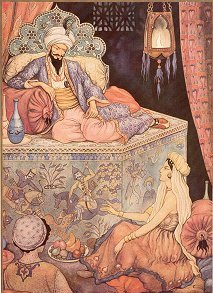 an old, well-known story, often about brave people, adventures, or magical events
ￚsee also myth
legend of
the legend of St George and the dragon
ancient Greek legends
according to legend
According to legend, he escaped by leaping from the cliffs into the sea.
Legend has it that prisoners were brought here to be executed.

to appear or come out from somewhere
The flowers emerge in the spring.
emerge from
The sun emerged from behind the clouds.

The act or process of emerging
The 1960s saw the emergence of many new nations.

to happen at the same time as something else, especially by chance
ￚsee also coincidence
coincide with
His entry to the party coincided with his marriage.
When our vacations coincided, we often holidayed together.
planned/timed/arranged to coincide
The show is timed to coincide with the launch of a new book.

1 increase in business  [ singular ]   a quick increase of business activity  OPP  slump :
The boom has created job opportunities.
boom in
a sudden boom in the housing market
consumer/investment/property etc boom
the post-war property boom
boom years/times
In boom times, airlines do well.
the  economic boom  of the 1950s
The economy went from  boom to bust  (= from increasing to decreasing )  very quickly.  →   boom town

2 when something is popular  [ singular ]   an increase in how popular or successful something is, or in how often it happens :
the disco boom of the 1970s
boom in
the boom in youth soccer in the U.S.  →   baby boom

without shoes on your feet
He walked barefoot across the sand.

________________________
yank
to suddenly pull something quickly and with force
yank something out/back/open etc
One of the men grabbed Tom’s hair and yanked his head back. Nick yanked the door open.
yank on/at
With both hands she yanked at the necklace.

ￚyank noun [countable]
He gave the rope a yank .
—
Rose
— 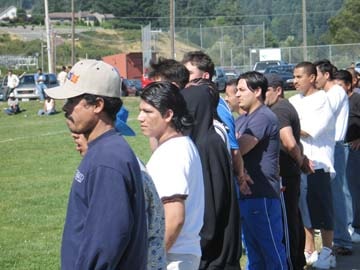 someone who is watching an event or game
ￚsee also audience The match attracted over 40,000 spectators.