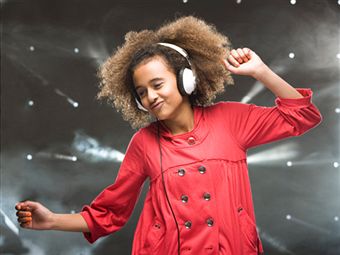 I went to England with my mother.
She used to be a singer in a band.
We went to the hotel that she used to sing at.
It was a big fancy hotel.
Some of the people that she knew when she sang in the band were still there.
They remembered my mother, and they had a good time talking to her and remembering old times.
Many people told me that I looked like my mother.
In the hotel, they had a fancy hall where they had ballroom dancing.
I am not used to that kind of dancing.
I always dance to rock music.
A man told me that he would teach me how to dance.
It looked very easy.
I held one of his hands, and put my other hand on his shoulder.
He told me exactly how to move my feet.
I was very clumsy, and I stepped on his toes.
He was patient with me, and he counted “one, two, three.”
I tried to waltz with him.
I would start out pretty well, but then I would get mixed up and stand on his toes again.
The man laughed about it.
I told him that I wasn’t a very good dancer, but he said that I was good for a beginner.
I think he was just being polite.
The man asked my mother to dance.
My mother is a very good dancer.
I didn’t know that about her.
She never stepped on the man’s toes once.
The man thanked us for dancing with him, and I thanked him for giving me dancing lessons.
I don’t think I’ll ever be very good at that type of dancing.
Each generation has a specific type of dancing.
The way that I dance is different from the way that my mother dances.
The way that I dance doesn’t involve moving your feet too much.
I’m not too good at fancy steps.

singer
a person who sings, esp. as a way of making money:
– Placido Domingo, the famous opera singer.
– a pop singer.
– She’s a good singer.
– Shajarian is a famous singer in Iran.
pop/opera/folk etc singer
– her favourite pop singer
– a famous Italian opera singer
– the lead singer (=main singer) of Slade.
– Tina Turner’s backing singers (=people who sing with her).
——————————————————-

British English
a group of musicians, especially a group that plays popular music
ￚsee also big band, brass band, marching band, one-man band
– I grew up playing in rock bands .
– The band was playing old Beatles songs.
– Smith joined the band in 1989.
– They formed a band when they were still at school.
– The entertainment includes a tour and live band.
– interviews with band members.

a very large room used for dancing on formal occasions 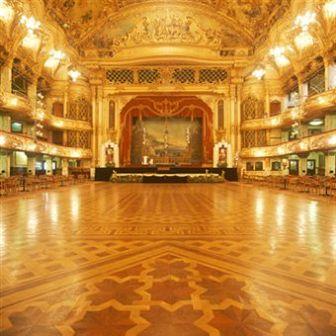 awkward and ungraceful in movement or action; without skill or grace:

– He’s too clumsy to be a good dancer.
– You clumsy oaf ! You’ve knocked over my coffee!
waltz:
————————–
to dance a waltz
– They waltzed elegantly around the dance floor.

step verb
to bring your foot down on something
British Equivalent: tread
step in/on etc
– I accidentally stepped in a puddle.
– You’re stepping on my foot.

waltz
Slow formal dance for a man and a woman, performed esp. in a BALLROOM

mixed up
confused, for example because you have too many different details to remember or think about
– I get all mixed up over the money whenever I travel abroad.