It Could Be a Whole Lot Better

As I was sitting in the reading room at the library, a man got up and left, commenting, “It could be a whole lot better.” I wasn’t sure whether he was referring to the reading room, the world he was reading about, or something else. I replied without thinking, “That’s always true, and always false.” What I meant was that it is always possible to make little changes to improve things. But it isn’t clear ahead of time that these changes will make a big overall improvement in a library, in the world, or in anything else. Years ago, literary critics used to examine great writers very closely to find bad phrasing or ungrammatical sentences. They would look at a play by Shakespeare and identify lines that they didn’t think were very good. Sometimes, they would suggest that these lines were added by another writer, or that Shakespeare had written this part quickly without much consideration. Sometimes, they would omit or improve on the lines. It is doubtful that any of Shakespeare’s plays were actually improved by these critics. An entire play needs high points and low points, poetry and prose.

The whole thing is greater than all its individual parts. And changing a couple of these parts may not improve the whole thing. It is the same in many other areas – music, athletics, scholarship, and probably everyday living. It is not always the singer or musician who is flawless that we admire most. Sometimes, it is the person whose performance is not perfect, but who puts a special energy, feeling, or enthusiasm into their work that we admire. It is true that little things can sometimes add up to a big difference. Changing a bad habit can make a difference in your life, and in the lives of people around you. Giving up smoking, for example, or ceasing to criticize a family member can make an important difference. Sometimes, however, we are only looking at the symptoms of a larger problem. For example, nearly everyone would agree that giving up smoking is a good idea. But if our smoking is related to emotional problems or stress in our lives, then giving up smoking may make us feel even worse. It may be necessary to deal with the root problem. It can happen too that being always on the look-out for ways to improve things may become a problem in itself. “Perfectionism” means never being satisfied with things as they are. Especially if we are always criticizing people around us for not being good enough, this can become a bad thing.

A popular saying in North America is, “If it ain’t broke, don’t fix it.” This is a warning to people who feel that their role or position involves making continuous changes in policies, procedures, products or personnel. Sometimes, the drive for change can be more of a personality problem than a genuine concern to make things better. Real problems are often clearly apparent. Problems like world hunger, personality conflicts, policies that don’t work, poor levels of service, bad manners, and all kinds of troubles are hard to ignore. They are also difficult to resolve. Perhaps that’s one reason why some people identify things as problems which are of concern to hardly anyone except themselves. Yes, we can make the world, and the reading room, better. But, we can also make them worse. It takes a lot of discernment and usually some experience to know how to make a particular thing better. There are so many things that could use improvement that it is difficult to know where to start. This too requires some thought, not to mention prayer and study. We can start by asking whether the thing we see as a problem is also a problem for other people. If it isn’t, then maybe our energy and attention might be better employed elsewhere. 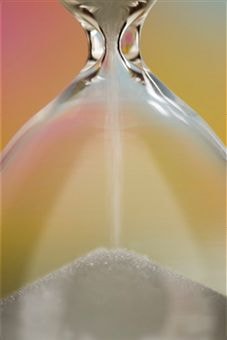 Source1
Come or bring to an end

Source 2
Formal to stop doing something or stop happening

Cease to do something
He ceased to be a member of the association.
The things people will do for charity never cease to amaze me (=I am always surprised by them).
Cease doing something
The decision to cease using CFCs in packaging
The rain ceased and the sky cleared.

Source3
(Transitive verb): to cause to come to an end especially gradually : no longer continue
They were forced to cease operations
Cease to exist

Intransitive verb
1 a: to come to an end
The fighting gradually ceased
b : to bring an activity or action to an end : discontinue
They have been ordered to cease and desist
2 obsolete: to become extinct: die out

GenuineTruly what something is said to be; authentic
Genuine 24-carat gold
(Of a person, emotion, or action) sincere:
A genuine attempt to put things right
There was genuine affection in his voice

Source2
1 a genuine feeling, desire etc is one that you really feel, not one you pretend to feel [= sincere]
Genuine interest/concern/desire etc
The reforms are motivated by a genuine concern for the disabled.
A genuine fear of invasion
‘Did he really?’ Her surprise seemed genuine.

2 something genuine really is what it seems to be [= real]:
We need laws that will protect genuine refugees.
The strap is genuine leather.

Source3
a: actually having the reputed or apparent qualities or character
Genuine vintage wines

b : actually produced by or proceeding from the alleged source or author
The signature is genuine

c : sincerely and honestly felt or experienced
A deep and genuine love

Examples of genuineShe showed a genuine interest in our work.
He has always shown a genuine concern for poor people.
A genuine desire to help others
She seems to be a very genuine person.
But whatever else he is, he is the genuine article. A writer of one terrible book after another, but a writer nonetheless. —Dale Peck, New Republic, 1 July 2002
Having had two brothers, a sister and a brother-in-law die violently, he acquired a genuine identification with suffering, particularly that of what has come to be called the underclass. —George F. Will, New York Times Book Review,24 May 1998
Like a poem, a genuine essay is made of language and character and mood and temperament and pluck and chance. —Cynthia Ozick, Atlantic, September 1998
Synonyms: certifiable, certified, authentic, honest, real, right, sure-enough, true
Antonyms: counterfeit, fake, false, mock, phony, sham, unauthentic, unreal 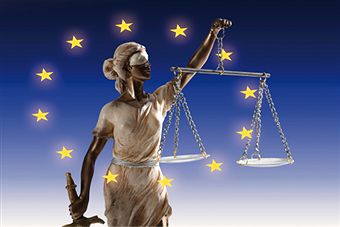 The ability to judge well:
An astonishing lack of discernment

Source2
1 the ability to make good judgments about people or about art, music, style etc:
The woman’s taste and discernment

2 when you notice or understand something:
The discernment of opportunities

Source3
1: the quality of being able to grasp and comprehend what is obscure: skill in discerning
2: an act of perceiving or discerning something

His lack of discernment led to his disastrous choice of business partners.
The discernment to know when someone is a true friend
I wasn’t sanguine about my powers of discernment, as I’ve failed similar exercises in the Central Park Ramble, where I practice bird-watching for dummies and am scarcely able to distinguish a rooky from a duck. —Judith Thurman, New Yorker, 1 Dec., 2003
Varying widely in scope and theme, the 10 essays about the Bill of Rights in this collection often shine with insight and sparkling turns of phrase; some, however, betray lack of discernment. —Jonathan Kellerman et al., Publishers Weekly, 17 Apr. 2000
If one searched the archives to find an example of Spanish colonial policy at its worst, one would surely select Don Carlos Benites Franquis de Lugo, a vain, arrogant, opinionated fop who never displayed a shred of either courage or discernment but who did distinguish himself as one of the most inept and vengeful Spaniards ever to function overseas. —James A. Michener, Texas, 1985

Synonyms: wisdom, insight, perception, perceptiveness, perceptivity
Synonym Discussion of DISCERNMENTDiscernment, discrimination, perception, penetration, insight, mean a power to see what is not evident to the average mind. Discernment stresses accuracy (as in reading character or motives or appreciating art) “the discernment to know true friends”. Discrimination stresses the power to distinguish and select what is true or appropriate or excellent “the discrimination that develops through listening to a lot of great music”. Perception implies quick and often sympathetic discernment (as of shades of feeling) “a novelist of keen perception into human motives”. Penetration implies a searching mind that goes beyond what is obvious or superficial “lacks the penetration to see the scorn beneath their friendly smiles”. Insight suggests depth of discernment coupled with understanding sympathy “a documentary providing insight into the plight of the homeless”.