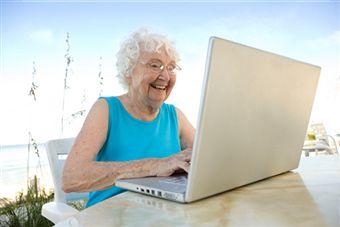 It seems like an awfully long time to live.
It is an entire century.
Imagine all the changes that you would see if you lived to be 100.
I had a neighbor who was 85.
She used to tell me what things were like when she was a little girl.
She told me what my town used to look like, what her clothes were like, and what her school was like.
I used to enjoy listening to her stories.
Everything was so different when she was young.
Listening to her was like having history come to life.
I used to try to imagine what life was like for her back then.
If I was 100, and I had grandchildren and great grandchildren, I would tell them stories about my childhood.
I would hope that I had a good memory so that I could remember everything.
If I do want to live to be 100, I’ll have to live a healthy lifestyle.
Not too many people live to be that old.
If I do get to be that old, I hope I’ll still be mentally alert and physically agile.
In my country, the Prime Minister sends a letter of congratulations to anyone who has their hundredth birthday.
People who live to be 100 are very special.
Maybe in the future with better medical care and healthier lifestyles, more people will live to be 100.
If I live to be 100, I’ll have a birthday cake, but I won’t put 100 candles on the cake.
I could never blow out 100 candles.

a son or daughter of one’s grandchild.

able to move or think quickly and easily

–agile as a deer.
-an agile animal.
-an agile mind.
-Dogs are surprisingly agile.
-Ruth was as agile as a monkey.

phrasal verb
if you blow a flame or a fire out, or if it blows out, it stops burning

-The match blew out in the wind.
–Blow out all the candles.