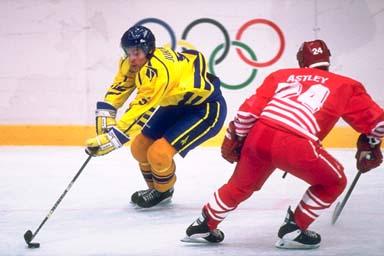 One of the most popular sports in northern countries is the game of ice hockey. Each winter, this sport is played by hundreds of thousands of children and adults in North America and in Europe. Ice hockey is a fast and exciting game that can make winter much more enjoyable.

The game of ice hockey is played on a flat surface of ice called a rink. The rink is about 60 meters long, and about 25 or 30 meters wide. At any time, each team has six players on the ice. On their feet the players wear skates, whose thin metal blades allow fast movement along the ice surface. Learning to skate requires time and practice, but many people can skate very quickly and smoothly.

In many ways, ice hockey is similar to soccer. However, unlike soccer, there is no large ball used in hockey. Instead, the players use a hard, black, rubber disk, which is called a puck. The players skate around the ice, trying to get the puck. They do not use their hands or their feet to control the puck. Instead, they carry long wooden sticks, which are shaped in such a way that it is easy to push the puck along the ice. The players can pass the puck to each other by sliding it across the ice.

To score a goal, a hockey player must shoot the puck into the net of the opposing team, but this is a difficult task. The net is less than two meters wide, and it is protected by a player called the goaltender. However, some players can shoot the puck very suddenly and with great power.

Sometimes, the sport of ice hockey can be quite rough. Players try to take the puck from their opponents by bumping into them at a high speed. This is called a “body check.” Players are not allowed to hit each other with their sticks. If a player does this, then that player may be given a penalty by the referee, who enforces the rules of the game.

Naturally, the sport of ice hockey is most popular in countries that have cold winters. The sport was first played in Canada, but it is also very popular in many countries of Europe, including Russia, Sweden, Finland, Slovakia, the Czech Republic, and Germany. In addition, many people play hockey in the United States. In previous generations, ice hockey was considered a sport for men and boys only. However, in recent years, women and girls have been playing hockey much more frequently than in the past. Not only do many girls enjoy playing hockey for fun, but now women’s hockey is officially a sport at the winter Olympics. 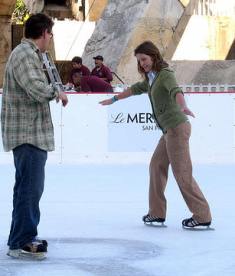 a specially prepared area of ice that you can skate on 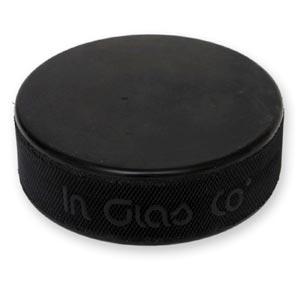 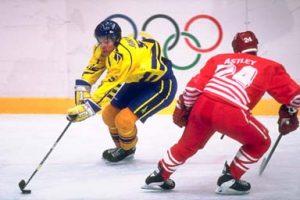 to move smoothly over a surface while continuing to touch it, or to make something move in this way

slide something across/along etc
-He opened the oven door and slid the pan of cookies in.
-He slid open the door of the glass cabinet.

opposing teams, groups, or forces are competing, arguing, or fighting against each other

-The opposing armies were preparing for war.
-The Socialist Party has split into two opposing camps. 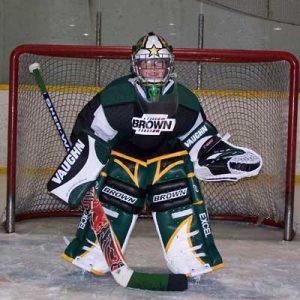 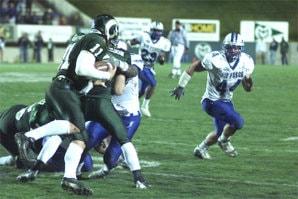 ▶NOT GENTLE◀
using force, anger, or violence
ￚopposite gentle
Rugby is a very rough sport.
Don’t be too rough – she’s only little.
Paul gave her a rough shake.
equipment capable of withstanding rough treatment
The referee won’t allow any rough stuff (=violent behaviour) .
be rough on somebody (=treat someone unkindly or criticize them in an angry way)
Don’t you think you were a little rough on her? 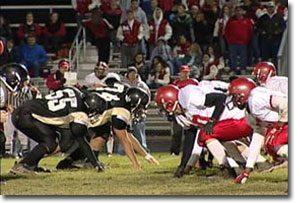 someone who you try to defeat in a competition, game, fight, or argument
Graf’s opponent in today’s final will be Sukova.
leading/main/chief opponent
During the primary elections, McCain was Bush’s leading opponent.
formidable/worthy opponent
In debate he was a formidable opponent.
He is admired even by his political opponents . 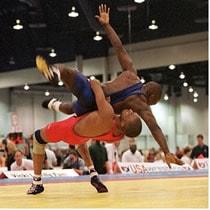 to hit or knock against something
bump against
-I ran after him, bumping against people in my hurry.
bump into
-Tim was a clumsy boy, always bumping into the furniture.
bump something on something
-She bumped her arm on the table.
-The roof was so low he bumped his head (=his head hit the roof) . 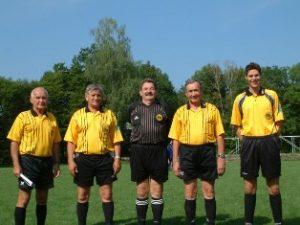 someone who makes sure that the rules of a sport such as football, basketball, or boxing, are followed