I remember the first time that my parents left me home alone.
I was very grown up, and I thought that I would be just fine.
I was fine for a while.
I watched television and had something to eat.
I called my friend on the phone, and we talked for a while.
Then, I sat down to read a book.
The house was quiet, very quiet.

I found myself listening very carefully.
I heard a tap, tap tapping noise.
I wondered where it was coming from.
It seemed to be coming from the window.
I turned out the lights so that nobody would see me, and I peeked out the window carefully.
I was expecting to see a robber tapping at my window.

There was nobody there.
It was just a tree branch sway ing in the breeze and tapping at my window.
I felt silly.
I turned on the lights and sat back down to read my book.
A few minutes later, I heard some creaking noises.
I listened carefully.
Then, I heard a clunking noise.
I think it might have been the furnace.
Then there was a whirring noise.

My imagination began to play tricks on me.
I was imagining that there were all kinds of creatures in the house.
I told myself to grow up.
I wouldn’t let my imagination run away with me.
I was glad when my parents got home.
I told them about all the noises that I had heard.

My parents laughed and said that all houses make noises.
We’re usually just so busy that we don’t hear all the noises that go on.
I have stayed home alone many times now.
I just ignore all the little creaks and noises that I hear.
I am still alert and listen for anything suspicious, but I know that there are lots of noises that are harmless.

That tree that taps on my window still frightens me sometimes, but I’m a lot braver now
than I was the first time that I stayed home alone.

fully developed as an adult
Before you know it, the children will be grown-up and leaving home.

*I’ve got two grown-up sons.
* I need you to think like a grown up now.

▶DO SOMETHING WITHOUT MEANING TO◀
to be in a particular state or do a particular thing, or to realize that this is happening, especially when you did not expect or intend it
After wandering around, we found ourselves back at the hotel. find yourself/your mind etc doing something When he left, Karen found herself heaving a huge sigh of relief.She tried to concentrate, but found her mind drifting back to Alex.
find (that)
He found he was shivering. 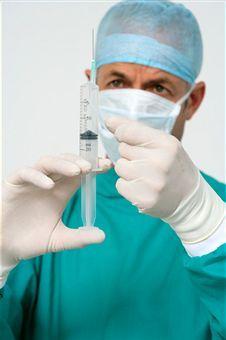 to hit your fingers lightly on something, for example to get someone’s attention
tap somebody on the shoulder/arm/chest etc He turned as someone tapped him on the shoulder.
tap on
I went up and tapped on the window.
tap something on/against/from etc something
Mark tapped his fingers on the tabletop impatiently.She tapped ash from her cigarette.

someone who steals money or property
ￚsee also thief, burglar

*Armed robbers broke into the shop and demanded money from the till.
*a bank robber

to move slowly from one side to another
*The trees swayed gently in the breeze.

*the boat swayed and tipped

1
a large container for a very hot fire, used to produce power, heat, or liquid metal
2
a piece of equipment used to heat a building

past tense and past participle whirred present participle whirring
[intransitive]
to make a fairly quiet regular sound, like the sound of a bird or insect moving its wings very fast
Helicopters whirred overhead.