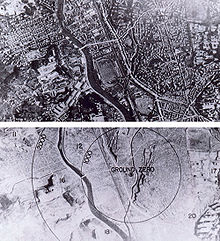 North American children know about Hiroshima. They are taught about the dangers of nuclear war. Sometimes they learn the details of the damage that was done. They learn about what happened at 8:15 am on August 6, 1945. People were eating breakfast; children were going to school and adults going to work. There was a blinding flash of light, a scorching heat, and a mushroom cloud rose up. People close to the explosion were instantly vaporized. Many of those further away would die from burns and radiation. Sixty thousand houses were destroyed immediately. One concrete structure remained standing, although it was damaged. The local government left the Atomic Dome standing as a memorial to the explosion.

Even those who were not seriously injured in the explosion later became very ill. They became very sick from radiation poisoning. Many developed leukemia. Sadako Sasaki was two years old when the bomb exploded. She was apparently uninjured and grew up normally until she was twelve. Then she developed leukemia, a disease of the blood and bone marrow. Sadako began to fold paper cranes to protect her from the illness. However, she died in 1955 before she reached 1,000 paper cranes. Her example inspired the Children’s Monument at Hiroshima.  There is a Peace Museum in Hiroshima which has objects left by the explosion. These include bottles, metal, stones and tiles twisted into strange shapes by the heat. There are objects on which people were vaporized, so that their shape appears like a shadow on the material. There are bits of burnt clothing and many photographs.

Why was the bomb dropped? World War II was a long and bitter war. The rules of war, which said not to kill civilians, were forgotten. Hitler bombed London, hoping to break the spirit of the English. Then England bombed Germany to destroy the factories and kill the people who worked in them. Americans wanted revenge for the Japanese attack on Pearl Harbor. The U.S. government had spent six billion dollars developing the A-bomb and wanted to use it. Some say that they also wanted to warn the Russians not to cause trouble for America.

When American forces advanced on Japan in 1945, they had to decide what to do. Would Japan surrender, or would they fight to the last soldier? American leaders feared that they might lose many men by an invasion. Dropping the atomic bomb would end the war very quickly. President Truman made the decision to use it.

Since then, most people have felt that this decision was wrong. It was such a terrible thing to do to people – children, old people, women, men and babies. Hiroshima inspired many people to try to “ban the bomb.” They wanted to ensure that atomic bombs would not be used again. Even some of the scientists and aircrews involved in making and dropping the bomb at Hiroshima wanted it banned. Perhaps if we can all remember what happened that day, there will be no more Hiroshima’s.

so bright or strong that you cannot see properly
blinding flash/light/glare etc
the desert with its strange twisted plants and its blinding light
blinding rain/snow/heat etc
I struggled back to the hut through blinding rain.

extremely hot
the scorching desert heat
It was a scorching hot day.

—
vaporize also vaporise British English
to change into a vapour, or to make something, especially a liquid, do this
—
vapour British English vapor American English 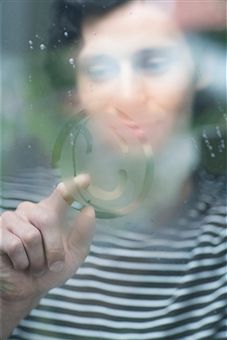 a mass of very small drops of a liquid which float in the air, for example because the liquid has been heated
water vapour 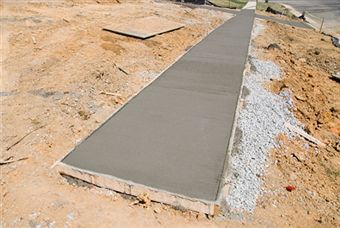 made of concrete (a substance used for building that is made by mixing sand, very small stones, cement, and water)
a concrete floor

something, especially a stone with writing on it, that reminds people of someone who has died
memorial to
The hospital was built as a memorial to King Edward VII.
permanent/lasting memorial
An appeal has been launched to build a lasting memorial to the composer.

—
leukemiaa type of cancer of the blood, that causes weakness and sometimes death
—
marrow 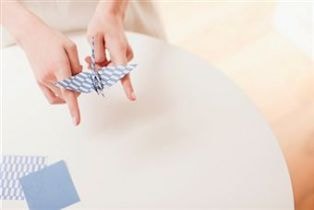 to turn or press back one part of (something, esp. paper or cloth) and lay it on the remaining part; bend into two or more parts:
She folded the handkerchief and put it in her pocket.
Fold up the tablecloth and put it away, please.
The paper must be folded in half/into quarters. 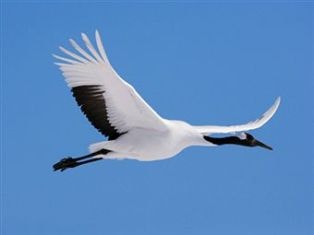 to be the force that produces (usu. a good result):
The memory of his mother inspired his best music.

a building, statue, or other large structure that is built to remind people of an important event or famous person
ￚsee also memorial

He erected a monument on the spot where his daughter was killed.
monument to
a fitting monument to the men who died in the battle

▶BEND◀
to bend or turn something, such as wire, hair, or cloth, into a particular shape
twist something into something
She twisted her handkerchief into a knot.
twist something together
Twist the two ends of the wire together.