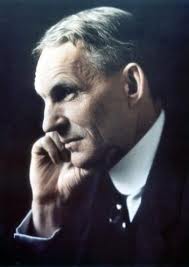 Some inventions are based on simple ideas or principles. Barometers are based on the idea that air has weight and pushes down on objects. A barometer measures this air pressure. Evangelista Terricelli invented barometers in Italy in 1643. Other inventions have taken longer to develop. The automobile has thousands of parts and it took a long time to make a really useful car. Henry Ford was one of the first people to make a reliable automobile. In 1765, James Watt invented the steam engine. Within a few years, a Frenchman, Nicolas Cugnot, had built a steam-powered vehicle. These steam carriages were used in England in the 1800s. But they were big and slow. They looked like a train without the tracks. Most people preferred to travel by train. In Germany during the 1870s and 1880s, Nikolaus Otto and Gottlieb Daimler developed the internal combustion engine. This ran by burning gasoline. Another German, Karl Benz, built a gasoline-powered car. Around the world, there were many inventors trying to build a car that would be better than the one before. Some people thought that electric cars would become common. In the 1890s, several inventors working in the United States developed a gasoline-powered car that was practical for daily use. Henry Ford was born on a farm in Michigan in 1863. As a boy, he loved to take clocks and watches apart and reassemble them. Eventually, he went to work for the Detroit Edison Company. In his spare time, he worked on a “horseless carriage,” as the early cars were called. In 1896, he completed a car that ran smoothly. He later sold it and made another one. Since early cars were made by hand, they were usually quite expensive. Not only that, but when they broke down, there were no repair shops to take them to. One had to know how to repair a car oneself. Henry Ford tried to make cars which would be affordable, and which would not break down very easily. His Ford Motor Company was formed in 1903 in Detroit, Michigan. Since many parts had to be brought together to make a car, Ford developed the assembly line. On the line, each worker would do one specific job. When the car reached the end of the assembly line, it was finished. In this way, many cars could be made in a single day. The result was that Ford was able to bring the price of cars down. Ford’s “Model T” car was advertised as being “as frisky as a jack rabbit and more durable than a mule.” Since it cost hundreds, rather than thousands, of dollars, many ordinary families were now able to buy a car. Once many people had cars, their habits began to change. People didn’t have to live next to the factories or offices that they worked in. Going for Sunday drives or travelling to tourist sites became a common thing. In 1905, a car drove across the United States and back again. In 1912, a car went across Canada from coast to coast. Soon there was public pressure for good roads so that cars could travel anywhere in North America. Henry Ford was not the only inventor of the modern car. However, he was able to make a car that everyone could use and afford. 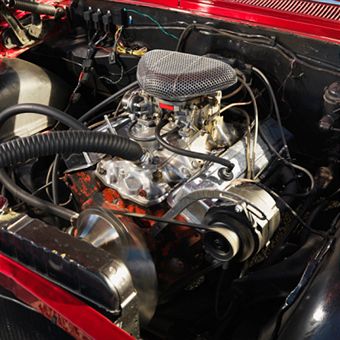 The process of burning something:

The combustion of fossil fuels
A large combustion plant
Chemistry:
Rapid chemical combination of a substance with oxygen, involving the production of heat and light

Another source
Internal combustion engine [countable]
An engine that produces power by burning petrol, used in most cars

ReassemblePut (something) together again:
The trucks had to be reassembled on arrival

another source
[Transitive] to bring together the different parts of something to make a whole again, after they have been separated:
The equipment had to be dismantled and reassembled at each new location. 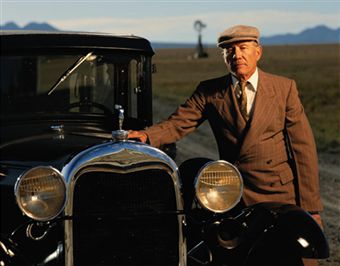 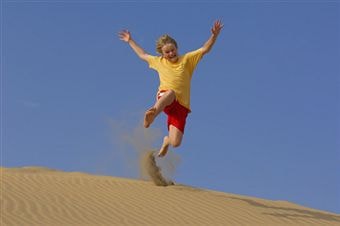 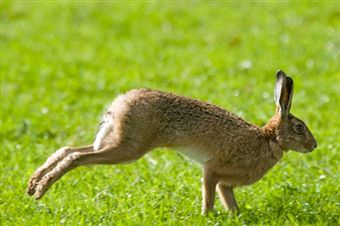 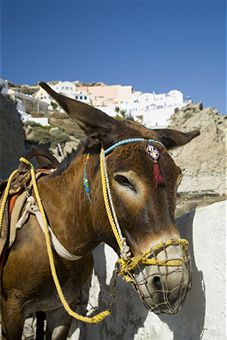