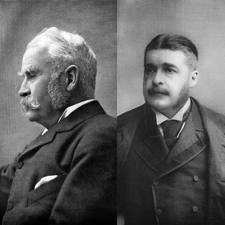 Gilbert and Sullivan are the authors of many lively and humorous operettas. These works are the most popular of their kind, and are regularly performed today. But the two authors are known almost as well for their arguments and disagreements. The famous partners were very different people with very different interests. William S. Gilbert wrote the words that Sullivan set to music. Gilbert had a special talent for humourous verse. He loved puns, and had a very quick wit. Personally though, he was very businesslike. He had wanted to enter the military and always had the look of a soldier about him. He was fond of giving orders and disliked criticism of anything he did. Arthur S. Sullivan, on the other hand, was a sensitive, emotional person, whose main interest was music.

Sullivan came from a poor family, but his musical talents and good looks had helped him to succeed. Sullivan wanted to write serious classical music. But, as a poor man, he needed a source of income. Sullivan also needed someone to direct him. On his own, he had trouble deciding what to do. Gilbert and Sullivan never became really good friends and, at the end of their lives, they had little contact with each other. But the writer and musician needed each other. Gilbert needed a composer who could enliven his writings for the stage. Sullivan needed someone to write a text for his music. Sullivan, who tended to be lazy, needed someone to push him. A theatrical manager named Richard D’Oyly Carte arranged their first collaboration. Gilbert visited Sullivan and read him his satire on the legal system, “Trial by Jury.” Sullivan loved the piece and quickly wrote the music. “Trial by Jury” was produced in 1875 and became the first triumph for the partners. D’Oyly Carte decided to form an acting company, which would stage future works by Gilbert and Sullivan. A string of successes follows: “The Sorcerer” in 1877; “H.M.S. Pinafore” in May 1878; “The Pirates of Penzance” in December 1878; “Patience” in 1881; “Iolanthe” in 1882; “The Mikado” in 1885; “The Yeomen of the Guard” in 1888; and “The Gondoliers” in 1889.

In spite of these successes, the two partners were not happy. Sullivan did not like the way Gilbert dominated their relationship. Sullivan had to write music for Gilbert’s scripts. Why couldn’t Gilbert write words for Sullivan’s music? Gilbert, on the other hand, thought that Sullivan got most of the credit for the success of their operettas and that he was overlooked. Gilbert was the driving force in the relationship. He was always writing new scripts and taking them to Sullivan. It was Gilbert who rehearsed the actors and supervised the productions. Sullivan had little to do with the actual performance. He usually did conduct the orchestra on opening night. The amazing thing is how these two different people produced such wonderful work. Each separately had difficulty writing something that the public wanted. Together they were unbeatable. Gilbert’s sharp and often cutting remarks were made acceptable by Sullivan’s beautiful music. Gilbert’s satire might have made people angry, but Sullivan’s music calmed them down. Even when the English people were the targets of Gilbert’s criticisms, the audience went out of the theatre humming these criticisms to Sullivan’s music. 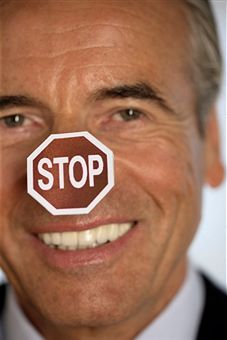 An amusing use of a word or phrase that has two meanings, or of words that have the same sound but different meanings [= play on words]
Forgive/excuse/pardon the pun (=used to show you know you are making a pun)
No pun intended (=used to show you do not mean to make a joke about something)
The clergy prey (no pun intended) on bereaved families.
Synonyms: amusing, witting, fun, joke, comical, humors, play on words 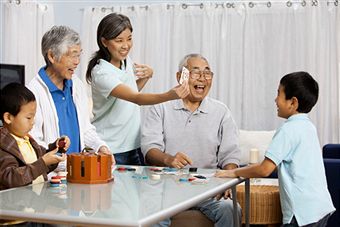 The ability to say things that are clever and amusing:
A woman of great wit and charm
He doesn’t even have the wit to know when to come in out of the rain
Lacked the wit to see that the war was unwinnable
Quick/dry/sharp etc wit His sharp wit had them all smiling.
Synonyms: discreetness, discretion, gumption [chiefly dialect], horse sense, levelheadedness, nous [chiefly British], policy, prudence, sense, sensibleness, wisdom 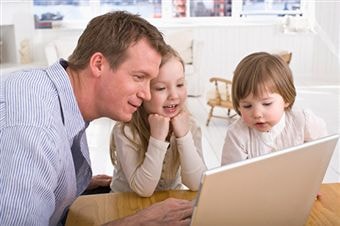 Make (something) more entertaining, interesting, or appealing:
The wartime routine was enlivened by a series of concerts
Humor can help enliven a dull subject.
in most instances it’s a good idea to enliven a speech with a joke or two
Antonyms: damp, dampen, deaden, dull, kill 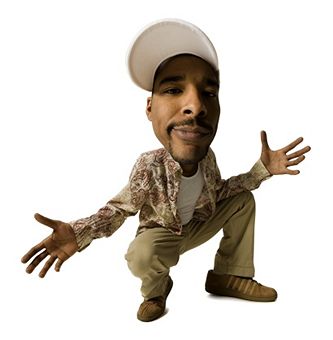 The use of humor, irony, exaggeration, or ridicule to expose and criticize people’s stupidity or vices, particularly in the context of contemporary politics and other topical issues
[Count noun] a play, novel, film, or other work which uses satire:
A stinging satire on American politics
A satire on American politics
The characteristic use of satire in Jonson’s work
A comedy group that does political satire
A satire about the music industry in which a handsome but untalented youth is turned into a rock star
A genre of literature characterized by the use of satire
[Count noun] (In Latin literature) a literary miscellany, especially a poem ridiculing prevalent vices or follies

Have power and influence over:
The company dominates the market for operating system software
The industry is dominated by five multinational companies.
New Orleans dominated throughout the game.
Her loud voice totally dominated the conversation.
Education issues dominated the election campaign.
By 1941 Hitler had dominated much of Europe
Synonyms: overpower, pacify, subdue, subject, subjugate, subordinate, vanquish 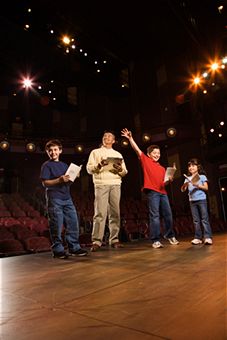 Practice (a play, piece of music, or other work) for later public performance:
We were rehearsing a radio play [no object]: she was rehearsing for her world tour
I think we need to rehearse the first scene again.
The band was rehearsing for their world tour
She had carefully rehearsed her resignation speech.
The orchestra rehearsed the symphony until they finally got it to the conductor’s satisfaction
Rehearsed her story about why she was late as she walked into the meeting
Synonyms: exercise, run over