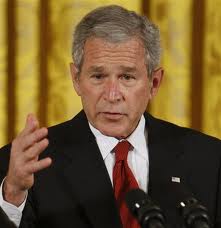 George W. Bush Jr. was inaugurated as the 43rd President of the United States on January 20, 2001. Of course, people knew that he was the son of the 41st President, George H. W. Bush. He had also been Governor of Texas since 1994. However, aside from this, he was not very well known outside of Texas. Why then did so many people want him to run for president in 2000?

Many republicans thought that the democrats could be defeated in 2000. But they themselves lacked a candidate with strong appeal. As the election approached, leading publicans worried about whom to support. Some of the most powerful republicans were state governors. They began to look around at each other for a possible candidate. Most eyes turned to George W. Bush, the Governor of Texas. In November 1998, Bush was re-elected as Governor by an impressive margin. By now, Bush was the leading republican candidate in the polls.

Of course, one advantage that Governor Bush had was a familiar name. In fact, when he did well in some early polls, it is likely that some people really voted for his father. They thought that George H. W. Bush was running again. The Bush family was able to swing a lot of support to George W. It also helped that his brother, Jeb, was now Governor of Florida.

Parents George and Barbara were both born in eastern United States. But in 1948, George moved to Texas where he made a fortune in the oil business. He went into politics in the 1960s and 70s and served in a number of important positions. He was Ronald Reagan’s Vice President from 1981-1989, and President from 1989-1993.  George W. was born in 1946, the oldest of the Bush children. Three more brothers and two sisters were also born. The youngest sister died of leukemia as a child.

George W. attended the same prestigious eastern colleges as his father. Then he came back to Texas and was a fighter pilot with the Texas Air National Guard. During the early ’70s he wandered from place to place, trying different jobs. After attending Harvard Business School from 1972 to 1975, he came back to Texas and started his own oil exploration company. Although it wasn’t as profitable as his father’s company, he eventually sold his stock shares for a considerable amount of money.

In 1978, he ran for the Senate of the United States but was defeated. He became closely involved in his father’s campaign for president in 1988. Here he developed a lot of the political skills he was later able to use to run for office himself.

In 1989, back in Texas, George W. organized a group that bought the Texas Rangers baseball team. He later sold the team in 1998 and made a $14 million dollar profit.  In 1994, he surprised the political world by defeating the incumbent Governor of Texas. As Governor, he pushed ahead with an energetic program, which reflected neo-conservative values. However, George W. did not appear as an ideologist to people. Even his opponents were willing to work with him. When he ran for president in 2000, Bush described himself as a “compassionate conservative.” Only time will tell how successful Bush will be as U.S. President.

to hold an official ceremony when someone starts doing an important job in government
inaugurate somebody as something
On 8 January 1959 De Gaulle was inaugurated as First President of the Republic.

the difference in the number of votes, points etc that exists between the winners and the losers of a competition or election
by a wide/narrow/significant etc margin
They’re a world-class team and it was no surprise that they won by such a wide margin.
by a margin of 10 points/100 votes etc
The bill was approved by a margin of 55 votes. 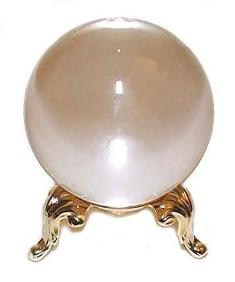 ▶MONEY◀
[countable] a very large amount of money
He’s made a fortune (=earned a lot of money) selling computers on the Internet.
He made a fortune selling property in Spain.
My first painting sold for £25, a small fortune then for an art student.
Bill Traylor died in poverty in 1947, but his art is worth a fortune .
The carpet must have cost a fortune .
It is quite easy to decorate your house without spending a fortune .
Her personal fortune was recently estimated at £37 million.

the act of travelling through a place in order to find out about it or find something such as oil or gold in it
oil exploration facilities in the North Sea
You can then use this hut as a base for explorations into the mountains around.
exploration of
the exploration of space

to win a victory over someone in a war, competition, game etc
ￚsynonym beat

They hoped to defeat the enemy at sea.

defeat somebody by something
Newcastle were defeated by 3 goals to 2. 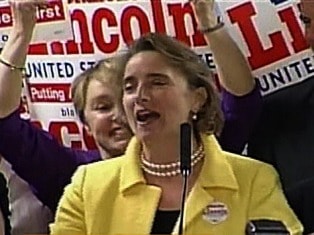 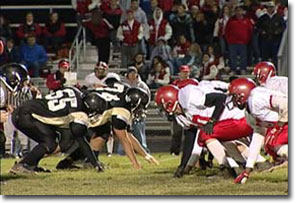 1 a person who takes the opposite side in a game, competition, etc.: His opponent did not stand a chance.
2 a person who opposes someone or something: She is one of the strongest opponents of health care reform.