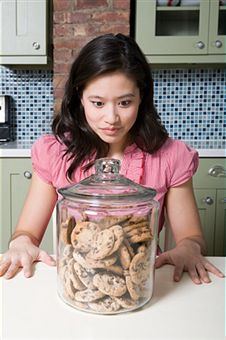 North Americans are known for their “sweet tooth.” This means that they like snacks with lots of sugar. Americans drink a lot of coffee, tea and hot chocolate, and usually they have something sweet with their drink. Cookies are one of America’s favourite desserts. The word “cookie” comes from a Dutch word meaning “little cake.” People from Europe brought their favourite recipes with them when they came to America.

The English brought their custom of having tea in the afternoon. Usually with their tea they would have cakes or biscuits. Biscuits are usually hard wafers like, for example, ginger snaps. In fact, the Italian slang word for Englishman is “cake eater.” In the early days, all cookies were homemade. But, in the late nineteenth Century, biscuits began to be manufactured in large quantities by machine. In 1912, the National Biscuit Company (Nabisco) in the U.S.A. introduced Oreo cookies.

This cookie has a rich cr?e vanilla filling between two crispy chocolate wafers.

This product was designed to meet the demand for an English-style biscuit. Oreos were good to dunk in a drink, to eat whole, to eat in parts, or to use in cooking. Oreos have become both America’s and the world’s favourite commercial cookie. New varieties of Oreos are added regularly to the original product. Although commercial biscuits like Oreos are very popular, many people prefer home- baked ones. In fact, there is a whole line of commercial cookies called “home-style,” which try to imitate homemade cookies. The most popular cookie in America can be either bought in a package or baked at home. These are chocolate chip cookies. Ruth and Kenneth Wakefield operated the Toll House Inn in Whitman, Massachusetts. One day in 1930, Mrs.Wakefield ran out of baking chocolate for her baking cookies.She broke up a chocolate bar and added the pieces to her cookie mix. She expected that the chocolate bits would melt into the dough when she baked them. But they didn’t.

Over seven billion are eaten annually here. Half of all the cookies baked in American homes are chocolate chip cookies. Experiments in baking and packaging have led to new kinds of cookies. Recently, soft cookies have become very popular. Since they are packaged in foil, they can stay fresh and soft for many months. It seems likely that the love of cookies will be around for a long time. 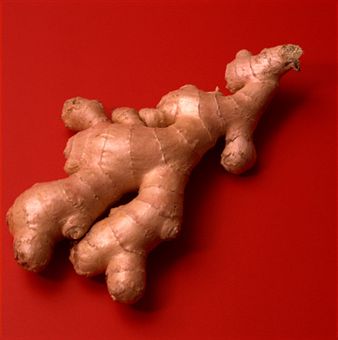 1
a root with a very strong hot taste, or the powder made from this root, that is used in cooking
2
the plant that this root comes from
3
a bright orange-brown colour

to copy something because you think it is good
vegetarian products which imitate meat
The Japanese have no wish to imitate Western social customs and attitudes. 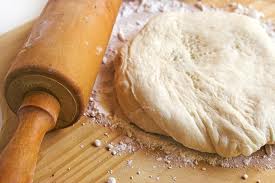 1
a mixture of flour and water ready to be baked into bread, pastry etc
2
informal

a chunk of coal/cake/cheese
—
foil

metal sheets that are as thin as paper, used for wrapping food
silver/aluminium/kitchen foil
Cover the chicken with silver foil and bake.

that can reasonably be expected; probable: The likely winner of the election. | Rain is likely in all parts of the country today. | A new policy on graduation requirements is the most likely outcome of these discussions. | If, as seems likely, we fail — what then? [F+to-v] He’s likely to arrive a little late. | It’s likely that they will lose the election.
Another Source:
something that is likely will probably happen or is probably true
ￚopposite unlikelySnow showers are likely tomorrow.
likely outcome/effects/consequences etc
What are the likely effects of the law going to be?
the most likely cause of the problem
likely to do/be something
Children who live in the country’s rural areas are very likely to be poor.
more/less/most/least likely Young drivers are far more likely to have accidents than older drivers.
It is more than likely (=almost certain) the votes will have to be counted again.It could have been an accident, but that was hardly likely (=not very likely) .
He could offer no likely explanation when I asked him.