Little Annie was very bored one lazy afternoon. She had nothing to do! She had already played with her brothers in the sandbox and had tea with them and her dollies, too. She had baked chocolate chip cookies with her mom and even tasted one! They were very good, she thought. Now Annie was trying to figure out what else she could do to pass the day away.

Little Annie decided that she would go to her favourite spot in the world…the green, grassy field full of daisies, beneath the great oak tree. She took a red and white blanket with her. She laid it down on the ground, and then she lay down on it. She lay there looking at the clouds, fluffy and white. She saw bunnies, huge gray elephants and scary-looking crocodiles. Soon, Little Annie was drifting in and out of clouds and reality. The clouds started dancing with her, begging her to come and play. She got up from her blanket and joined the clouds. They flew over roof tops of all of the village people, swam with the fish in the lake and said hello to all of the birds that they passed by. Little Annie was having so much fun

The clouds had formed into a chariot so Little Annie could drive if she wanted to. She drove over a rainbow that was bright in the sky. Then, she shot through the branches of her friend’s spruce tree!

Annie suddenly came to a STOP! Hearing someone call her name, Annie looked around.
She blinked; once, twice, and finally everything came into focus. Her brother was tugging at her leg, wondering why she was staring into outer space with a big grin on her face!

“Oh,” Little Annie said, not really knowing that she had been sitting there all along.

lazy afternoon:
a lazy period of time is spent doing nothing except relaxing
We spent lazy days relaxing on the beach.

a white flower with a yellow centre

drift:
▶MOVE SLOWLY◀
to move slowly on water or in the air
drift out/towards etc
The rubber raft drifted out to sea. Smoke drifted up from the jungle ahead of us.

a vehicle with two wheels pulled by a horse, used in ancient times in battles and races 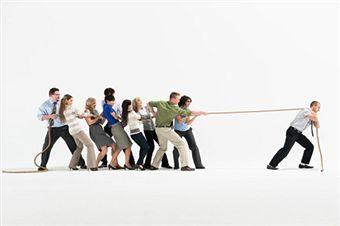 to pull with one or more short, quick pulls
*The woman gently tugged his arm.

a wide smile
He came into the room with a friendly grin on his face . wide/broad/big etc grin ‘Of course,’ he agreed with a wide grin.