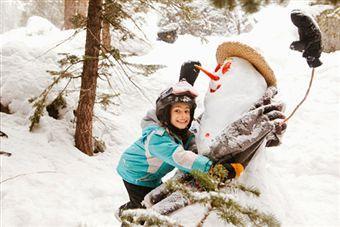 Some people are just born to create.
That’s what I think.
Some people just have the need to write stories, compose beautiful music, or paint pictures.
Creativity seems to be inside them, and they need to let it out.
It’s good that we have people like that.
Composers like Mozart and Chopin have given us music that is incredibly beautiful.
It’s not just the classical composers who have given us great pieces of music; there are modern composers who have written great songs also.
Elton John is an example of someone who has composed many wonderful songs.
Andrew Lloyd Webber has given us some very popular musicals like Cats and The Phantom of the Opera.
There are so many talented and creative people in this world.
When you visit an art gallery, you marvel at how artists are able to recreate realism or make up something that seems totally unreal yet beautiful.
The American artist Norman Rockwell painted some pictures that actually looked like photographs.
He tried to portray life as it was in America.
Through his paintings, one can get a good sense of American life through the years.
On the other hand, artists like Jackson Pollock did not portray realism.
Jackson Pollock painted abstract pictures.
His paintings are just as good as Norman Rockwell’s, but they are entirely different.
Some books that we read are classics.
Mark Twain portrayed American life through his characters Tom Sawyer and Huckleberry Finn.
Charles Dickens brought Victorian England to life through his books.
Most people are familiar with his Christmas Carol where the mean and miserable
Scrooge learns the true meaning of Christmas.
People don’t have to read the classics.
There are modern writers who entertain readers through their stories.
Stephen King has written a number of horror stories.
Some of his books have even been made into movies.
We are lucky to have creative people who share their gifts with us.
If you are lucky enough to be creative, you should use your talents to create works of art
that we all can share.

incredibly:
1
[+adjective/adverb] informal extremely
Nicotine is incredibly addictive.
2
[sentence adverb] in a way that is hard to believe
The knife had pierced his heart, but incredibly he was still alive.

having a natural ability to do something well
*a talented actor

to feel or express great surprise or admiration at something, especially someone’s behaviour
*The man is a genius,’ marvelled Claire.
marvel at/over
*I marvelled at my mother’s ability to remain calm in a crisis.

*Visitors to Rome marvel over the beauty of the city.
marvel that
*I marvelled that anyone could be so stupid.
*foreigners marveled at the country’s rapid progress
*they listened to my story and marveled

Another source
fml to be filled with great wonder, surprise, admiration, etc.:
*We marveled at their skill.
*[+that] The onlookers marveled that he was unharmed after such a long fall.

▶CRUEL◀
cruel or not kind
*That was a mean thing to do.

*I felt a bit mean asking him to help.
*It’s a mean trick to play on someone.

*It was mean of him not to invite her.
mean to
*Don’t be so mean to her!