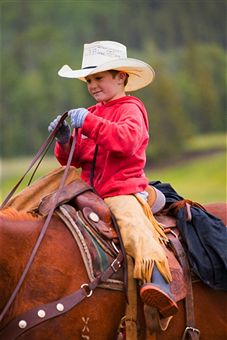 The Golden Age of the American cowboy was short lived. It began in the 1860s with the great cattle drives from Texas north to Kansas. By 1890, when railroads had reached remote areas, there was no more need for large-scale cattle drives.

Of course, cowboys have a history before 1860. In fact, there were Mexican cowboys long before that. The Spanish conqueror of Mexico, Hernan Cortes, brought cattle with him 1521. Cortes also branded his cattle with a three cross design. The Spanish sharp-horned cattle roamed the deserts and prairies freely. Eventually, they found their way to Texas. American settlers in Texas interbred their animals with the Spanish breed – the Texas longhorn cow was the result! It was famous for its bad temper and aggressiveness. The Longhorn was a dangerous animal, with each of its horns measuring up to three and one-half feet long.

After the American Civil War ended in 1865, disbanded soldiers, who were former black slaves, and young men seeking adventure headed west. At that time, there were about five million cattle in Texas. Back in the East, there was a big demand for beef. By this time, railways from the east extended as far west as Kansas. It was still more than 600 miles from South Texas to the railway.

Between the two places there were rivers to cross, Indian tribes, badlands and other problems. A fur trader named Jesse Chisholm had driven his wagon north in 1865. Cowboys and cattle followed the Chisholm Trail north to Abilene, Kansas. This cattle trail became the most famous route for driving cattle, until it was barred with barbed wire in 1884.  In 1867, cattle dealer Joseph G. McCoy built pens for 3,000 cattle in the little town of Abilene. Soon Abilene was the most dangerous town in America. After the long cattle drive, cowboys who had just been paid went wild. Sheriff “Wild Bill” Hickok tamed Abilene in 1871 by forcing cowboys to turn over their guns when they arrived in town. Other towns replaced Abilene as the wildest town in the West – Newton, Wichita, Ellsworth and Dodge City.  In Kansas a herd of 3,000 Texas longhorns might sell for $100,000 making the rancher rich. The cowboys might get $200 in wages, which often disappeared on drink, women and gambling.

Getting cattle to Kansas was far from easy. One of the biggest difficulties was getting the herd across rivers, especially when the river was high. There were no bridges. In 1871, 350 cowboys driving 60,000 cattle waited two weeks for the water level in the Red River to go down.

Food for men and animals was also difficult to find at times. An early cattleman developed the chuck wagon, which were both a supply wagon and a portable kitchen.  In the 1870s, there were probably 40,000 cowboys in the West. After the prairies were fenced in, there was less work. Large ranches still employ cowboys to round up the cattle for branding or for sale. Even today, about 20,000 cowboys still work in North America.

a railway or the railway
The supplies were sent on the railroad.
a railroad station

to get control of a country by fighting
The Normans conquered England in 1066.
Egypt was conquered by the Persian king Kambyses.

to walk or travel, usually for a long time, with no clear purpose or direction
ￚsee also wander
roam over/around/about etc
The dogs are allowed to roam around.
Chickens and geese roam freely in the back yard.You shouldn’t let your children roam the streets .
roam the countryside/desert/forests etc
Wild sheep roam the hills.

Another Source
to wander with no very clear purpose: The lovers roamed across the fields forgetting the time.  Crowds of youths roamed the streets looking for trouble.
—
interbreed

past tense and past participle interbred
to produce young animals from parents of different breeds or groups
Can lions and tigers interbreed?

a kind or class of animal or plant usu. developed under human influence:
a strong breed of dog
a new breed of rose
the first of a new breed of satellites
Traditional printworkers could soon be a dying breed (=no longer exist) because of new technology.
a new breed of milk cow

behaving in an angry, threatening way, as if you want to fight or attack someone
Jim’s voice became aggressive.
Teachers apparently expect a certain amount of aggressive behaviour from boys.
aggressiveness

▶GO TOWARDS◀
also be headed
to go or travel towards a particular place, especially in a deliberate way
head for/towards/back etc
The ship was heading for Cuba.
It’s about time we were heading home .
head north/south etc We headed south towards the capital.
Where are you guys headed?

the meat from a cow
roast beef
We have both dairy and beef cattle on the farm.

the Badlands
an area of land in the US, between the southwest of South Dakota and the northwest of Nebraska, where no crops can grow and there are strangely shaped rocks and hills 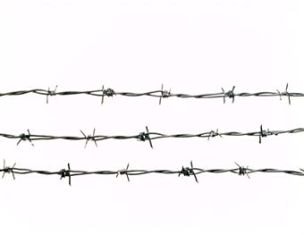 to reduce the power or strength of something and prevent it from causing trouble
The Prime Minister managed to tame the trade unions.

▶NEW IDEA/PRODUCT◀
to design or make a new idea, product, system etc over a period of time
Scientists are developing new drugs to treat arthritis. She should have developed her own style instead of copying him.
Researchers are developing technology for the US military.