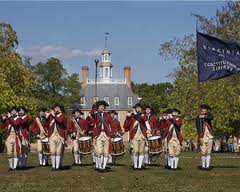 Travelers in the desert or the jungle sometimes see the remains of old cities. These cities were once large and prosperous, but something has changed. Perhaps the climate got drier or wetter; perhaps the trade routes, which had brought merchants to the city, now went elsewhere; perhaps enemies destroyed them; or perhaps disease or famine drove the people away.

Other cities, which were once important, have become less so in time. Jamestown, Virginia, the first English colony in America is now only an historic site. It began as the capital of Virginia. But when fire destroyed the government buildings in 1699, the capital was moved to nearby Williamsburg.

Williamsburg was an important town for many years. The British Governors lived there, and two of them worked on the plans for the town and its buildings. The College of William and Mary was established there in the 1690s – the second oldest college in America. As the capital, Williamsburg contained many public buildings, including a courthouse, a jail, a powder magazine, the governor’s palace, and the government building. Of course, there were many private houses as well.

From 1699 until 1780, Williamsburg was the capital of Virginia. Many people came there for government and legal business. It was also a social center with dances, fairs, horse races and auctions. The Governor and his wife provided expensive dinners and entertainment for their guests.

Most of the important people in Virginia owned tobacco plantations. In 1612, John Rolfe had first raised tobacco to sell to England. Soon tobacco farming was Virginia’s most important business. Most planters were able to build large houses and buy slaves to do their work. One plantation owner is said to have owned 300,000 acres of land and 1,000 black slaves, as well as having large amounts of money.

The planters were the leaders of this colonial society, and they resented British interference in their local government. When England imposed taxes on the American colonists in 1765, it was a Virginian, Patrick Henry, who spoke against them. His words, “Give me liberty, or give me death” helped to inspire the American Revolution. As complaints about British rule increased, it was Virginians who led the rebels. George Washington became commander of the revolutionary army, and Thomas Jefferson drafted the Declaration of Independence in 1776.

In 1780, the capital of Virginia was moved to Richmond. Williamsburg was now simply a small college town of local importance. Not much changed in Williamsburg for many years. In the twentieth century, the Reverend Dr. Goodwin, who was the priest at the Williamsburg Church, had the idea of restoring Williamsburg to the way it appeared in colonial days. Goodwin approached John D. Rockefeller Jr. with his idea, and Rockefeller agreed to finance the project. Beginning in 1926, the old buildings of Williamsburg were restored to their original form. First were the college buildings, then the Raleigh Tavern, the government building, the governor’s palace and so on. Buildings that had been destroyed over time were reconstructed from plans and descriptions.

Soon the restored buildings were opened to the public. Guides, dressed in eighteenth century costumes, show visitors through the buildings and gardens. Visitors can also travel to nearby tobacco plantations. Now tourists who pay admission to visit this wonderful historic town finance much of the work of restoration and conservation. 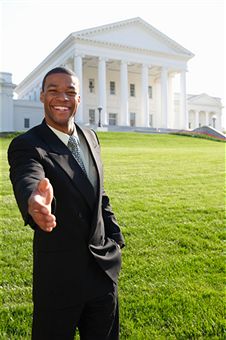 source 1
rich and successful
Synonym: affluent
prosperous countries
Farmers are more prosperous in the south of the country.

rich or wealthy?There is no real difference in meaning between these two words. Both are very frequent, but rich is more frequent and can be used in some fixed phrases where wealthy cannot: He’s stinking/filthy wealthy. It’s a favourite resort for the wealthy and famous.
prosperous (rather formal) rich and successful.
affluent (rather formal) rich and with a good standard of living: affluent Western countries

prosperous or affluent?Both prosperous and affluent are used to talk about people and places. Prosperous is used much more than affluent to talk about times and periods. Affluent is often used to contrast rich people or societies with poor ones. Being prosperous is nearly always seen as a good thing: It’s good to see you looking so prosperous. It’s good to see you looking so affluent.
well off (often used in negative sentences) rich: His family is not very well off.
The opposite of well off is badly off, but this is not very frequent; it is more common to say that somebody is not well off.
comfortable having enough money to buy what you want without worrying about the cost: They’re not millionaires, but they’re certainly very comfortable.
a(n) rich/wealthy/prosperous/affluent/well-off familya(n) rich/wealthy/prosperous/well-off man/womana(n) rich/wealthy/prosperous/affluent country/city 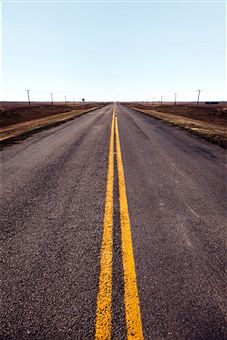 source 1
a fixed way along which a bus, train, etc. regularly travels or goods are regularly sent
The house is not on a bus route.
shipping routes
a cycle route (= a path that is only for cyclists )

source 2
a way from one place to anotherroute to/from
What’s the best route to Cambridge?
take/follow a route (=use a route)
We weren’t sure about which route we should take.
the most direct route home 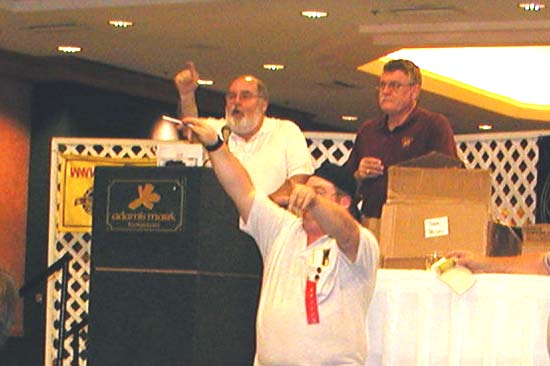 source 1
a public event at which things are sold to the person who offers the most money for them
an auction of paintings
The house is up for auction (= will be sold at an auction ).
A classic Rolls-Royce fetched (= was sold for) £25000 at auction.
an Internet auction site

source 2
a public meeting where land, buildings, paintings etc are sold to the person who offers the most money for them
at auction The house was sold at auction.
put something up for auction (=try to sell something at an auction)
This week 14 of his paintings were put up for auction.
auction house (=a company that arranges auctions) 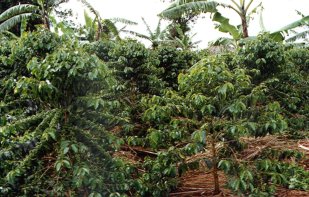 source 1
a large area of land, especially in a hot country, where crops such as coffee, sugar, rubber, etc. are grown
a banana plantation
plantation workers/owners

source 2
a large area of land in a hot country, where crops such as tea, cotton, and sugar are grown:
a rubber plantation 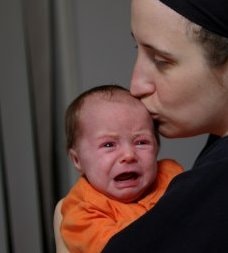 source 2
to feel angry or upset about a situation or about something that someone has done, especially because you think that it is not fair
resent (somebody) doing something I resented having to work such long hours.
bitterly/deeply/strongly resent She bitterly resented his mother’s influence over him.
Paul resented the fact that Carol didn’t trust him. 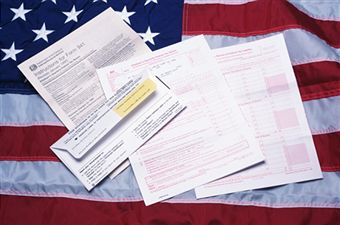 source 1
impose something (on/upon something/somebody) to introduce a new law, rule, tax, etc; to order that a rule, punishment, etc. be used
A new tax was imposed on fuel.

source 2
if someone in authority imposes a rule, punishment, tax etc, they force people to accept it:
The court can impose a fine.
impose something on something/somebody
The government imposed a ban on the sale of ivory.

source 1
draft something to write the first rough version of something such as a letter, speech or book
to draft a constitution/contract/bill
I’ll draft a letter for you.

source 2
to write a plan, letter, report etc that will need to be changed before it is in its finished form:
Eva’s busy drafting her speech for the conference. 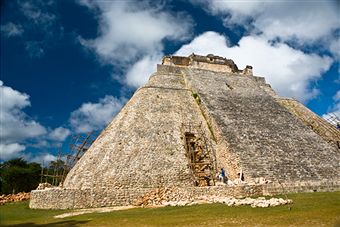 source 1
to repair a building, work of art, piece of furniture, etc. so that it looks as good as it did originally
Her job is restoring old paintings.
The house has been lovingly restored to the way it looked in 1900 when it was built.

source 2
to repair an old building, piece of furniture, or painting etc so that it is in its original condition:
The church was carefully restored after the war.
a Victorian fireplace restored to its former glory 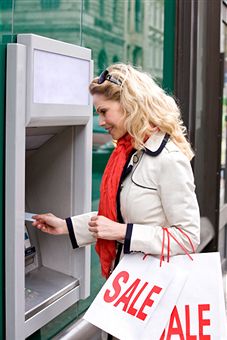 source 1
finance something to provide money for a project
Synonym: fund
The building project will be financed by the government.
He took a job to finance his stay in Germany.

source 2
to provide money, especially a lot of money, to pay for something [= fund]:
The concerts are financed by the Arts Council. 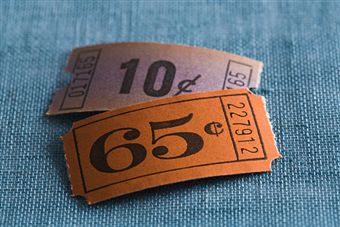 source 1
the amount of money that you pay to go into a building or to an event
admission charges/prices
£5 admission
What’s the admission?

source 2
the cost of entrance to a concert, sports event, cinema etc [↪ admittance]:
Admission: $10 for adults, $5 for children.
The cost includes free admission to the casinos.
The Museum has no admission charge. 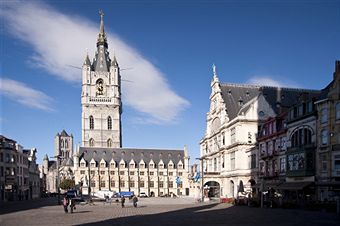 the official protection of buildings that have historical or artistic importance