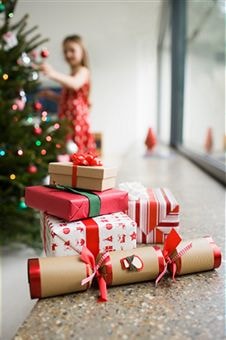 In most Western countries, Christmas is the biggest holiday of the year. People gather with their families to celebrate this day, which occurs on December 25th each year.
The holiday of Christmas celebrates the birth of Jesus Christ. In the Christian religion, Jesus Christ is recognized as the Son of God. During the Christmas season, many people celebrate the events of the birth of Jesus Christ. For example, they recall the three wise men who visited Jesus Christ shortly after his birth. Also, they recall that Jesus Christ was born in a manger (a place where horses are kept), because his parents could not find a place to stay.
In Western countries, Christmas is also celebrated by many people who are not religious. People view Christmas as a time for being together with one’s relatives. Children, parents, and grandparents gather to exchange presents and to eat special foods.
The tradition of giving gifts at Christmas is unusual in one way. When children go to bed on the evening before Christmas, they hang large socks (called stockings) in their house. When they wake up on Christmas morning, the stockings have been filled with toys and candy.
According to tradition, the presents have been given by a fat man who wears a white beard and a red suit. This man, called Santa Claus, flies around the world in a sled that is pulled by reindeer. He stops at each house and flies down the chimney to deliver his presents. In the weeks before Christmas, children are usually very well behaved. Their parents tell them that Santa Claus will only give presents to children who are good!
Another Christmas tradition is the Christmas tree. People put a small tree inside their house and decorate it with various pretty objects. Nowadays, most people use an artificial tree instead of a real tree. The tradition of the Christmas tree is actually older than Christmas itself-the people of Europe celebrated the beginning of the winter season in this way even before Christianity reached Europe.
Christmas is certainly one of the most important and most enjoyed holidays in Western countries.

baby Jesus was placed in a manger

to think about something or someone in a particular way
ￚsynonym see
view something as something
The law should be viewed as a way of meeting certain social goals.
view something from a … perspective/standpoint It’s an issue that can be viewed from several perspectives. view something with caution/suspicion/scepticism etc The local people viewed newcomers with suspicion. 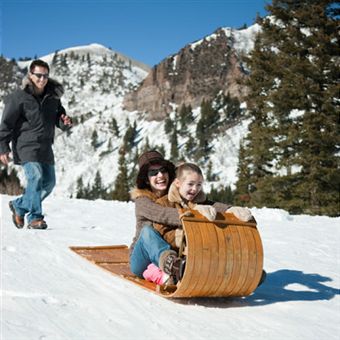 a small vehicle used for sliding over snow, often used by children or in some sports