In recent years, many people have moved to North America from China, but many people do not know that Chinese people have a long history in Canada and the United States.

During the nineteenth century, both Canada and the United States were rapidly expanding to the west, toward the Pacific Ocean. In those days, there were of course no cars or airplanes to allow people and goods to move across the land. Instead, the best method of long-distance transportation was the railroad. Railway trains could move quickly across the countryside. However, there was one problem: before the railway trains could run, railroads had to be built across very long distances.

To build the railroads was a very big job. Many men would be needed because the distance was so long and the land was so difficult, with many mountains and rivers to be crossed. For the men who owned the railroad companies, it would have been too expensive to hire Canadian or American men to build the railroads because those workers would only work for high wages.

The railroad owners decided to get workers from overseas. Many Chinese men were willing to work for low wages because they were very poor. These men would work very hard and send much of the money back to their relatives in China.

After the railroads were completed, by about the year 1900, very few Chinese people were allowed to come to North America. Most people in Canada and the United States were not familiar with Chinese people and did not want strangers to come to their countries. Any Chinese person who came to North America had to pay an expensive tax. This made it difficult for Chinese men to bring their wives and families to join them in North America. Later, the governments of Canada and the United States made Chinese immigration illegal.

Eventually, the people of Canada and the United States realized that their laws had been unfair. They changed the rules so that Chinese people could immigrate in the same way that people from other countries could do so. In recent decades, many Chinese people have moved to North America, and have formed a very lively and successful community. Many cities, such as Toronto, Vancouver, San Francisco, and New York, have been enriched by Chinese culture. Chinese people are now very prominent in North America, just as they were many years ago.

-Water expands as it freezes.
-Sydney’s population  expanded rapidly  in the 1960s.
exercises that expand the chest muscles
his expanding waistline 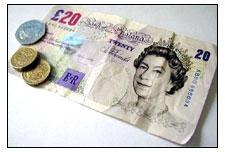 also wages
[plural]money you earn that is paid according to the number of hours, days, or weeks that you work
ￚsee also salary

play a prominent part/role (in something)
Mandela played a prominent role in the early years of the ANC.
The World Cup will have a prominent place on the agenda.