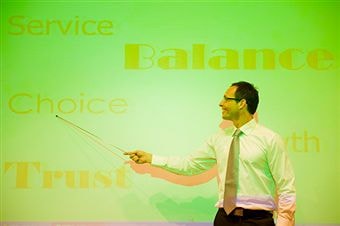 Some businessmen would say that there is no need for business ethics. If we don’t break the laws of the country, we have nothing to worry about. However, we can do many bad things without breaking laws. In some countries, it would be legal for a businessman to pollute the land, sea and air, to confine his workers to barracks and to hire children to work in factories. But, these things may not be right. On the other hand, it may be illegal for a businessman to do some good things. For example, his society may expect him to treat people unequally and discriminate against some ethnic or religious groups.

In order to know what is right or wrong, we need a moral rule. This rule does not come from business itself, but from ethics. So we need a statement of what we believe to be right. The American Declaration of Independence in 1776 states an ethical principle: “We hold these truths to be self-evident that all men are created equal….” The Declaration further tells us that all men have a right to “…life, liberty and the pursuit of happiness.” Principles such as these can be used in American politics and law to decide whether an action is right or wrong.

Many companies have their own ethical guidelines. IBM, for example, outlines its corporate ethics under headings such as, “Tips, Gifts and Entertainment,” “Accurate Reporting,” “Fair Competition,” and “Not boasting.” So each employee knows what to do or not to do in various situations.

Ethical choices are made on three levels. Individuals, by companies and by societies, make them. An individual might choose whether or not to accept a bribe. A company might decide whether or not to bribe government officials. A government or society might decide whether or not to outlaw bribery. Similar principles of right and wrong might be used at all three levels. For example, it might be decided that bribery is simply wrong in all situations. On the other hand, it might be decided to view the situation case by case. In other words, there is a strong ethical stand and a more tentative ethical stand.

The strong ethical stand applies when you have a basic moral principle and apply it to all situations. For example, you might believe that it was always wrong to let workers handle hazardous substances without any protection. The weaker stand would consider whether it is legal to do so. If it is legal to let workers handle dangerous materials, and this conforms to social expectations, then the weak ethical stand would say, “No problem.” As long as the law is not broken, and no one strenuously objects, then everything is okay.

However, in ethics there is a principle called the “moral minimum.” This principle means that you should never harm another person knowingly. The only exception would be to protect some other people, or yourself. So business ethics would say that the businessman who exposes his workers to hazardous chemicals is wrong. He is not practicing the moral minimum. 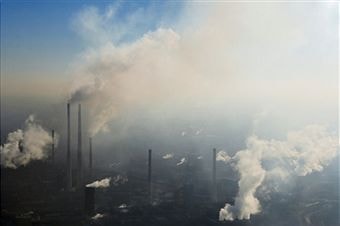 source 1
to add dirty or harmful substances to land, air, water, etc. so that it is no longer pleasant or safe to use
pollute something the exhaust fumes that are polluting our cities
pollute something by/with something The river has been polluted with toxic waste from local factories.
a society polluted by racism

source 2
to make air, water, soil etc dangerously dirty and not suitable for people to use:
beaches polluted by raw sewage
The factory pollutes the air and water.
heavily/severely/badly etc polluted The island has been seriously polluted by a copper mine.
pollute something with something The rivers had been polluted with aluminium 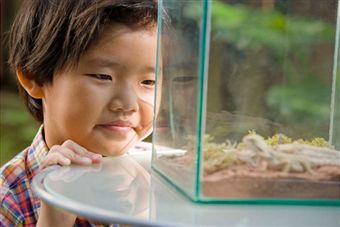 source 1
confine somebody/something to something [often passive]
to keep somebody/something inside the limits of a particular activity, subject, area, etc.
Synonym: restrict
The work will not be confined to the Glasgow area.
I will confine myself to looking at the period from 1900 to 1916.

source 2
to keep someone or something within the limits of a particular activity or subject [= restrict]
confine something to something The police cadet’s duties were confined to taking statements from the crowd.
We confined our study to 10 cases.
confine yourself to (doing) something Owen did not confine himself to writing only one type of poem. 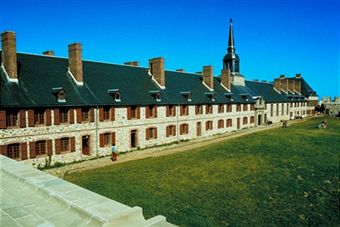 source 1
a large building or group of buildings for soldiers to live in
an army barracks
The troops were ordered back to barracks. 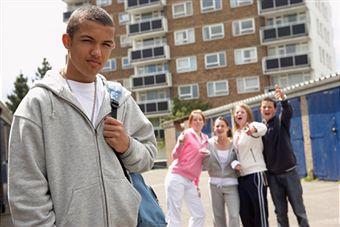 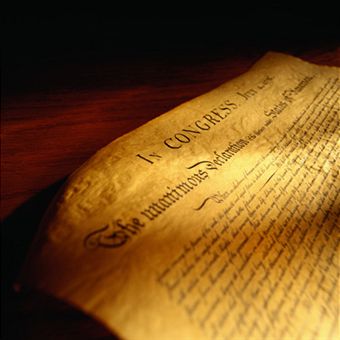 source 1
an official or formal statement, especially about the plans of a government or an organization; the act of making such a statement
to issue/sign a declaration
the declaration of war
the Declaration of Independence (= of the United States)
The declaration asked governments to consider introducing new environmental taxes.

source 1
the act of looking for or trying to find something
the pursuit of happiness/knowledge/profit
She travelled the world in pursuit of her dreams. 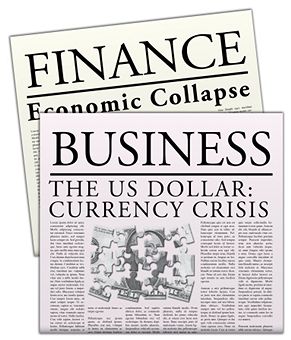 source 1
outline something (to somebody)| outline what, how, etc…
to give a description of the main facts or points involved in something
Synonym: sketch
We outlined our proposals to the committee.

source 2
to describe something in a general way, giving the main points but not the details:
The new president outlined plans to deal with crime, drugs, and education.

source 1
connected with a corporation
corporate finance/planning/strategycorporate identity (= the image of a company, that all its members share)
corporate hospitality (= when companies entertain customers to help develop good business relationships)

source 2
belonging to or relating to a corporation:
The company is moving its corporate headquarters (=main offices) from New York to Houston.
Vince is vice-president of corporate communications.
Corporate America is not about to be converted to the environmentalist cause.
changing the corporate culture (=the way that people in a corporation think and behave) to accept family-friendly policies
an advertising campaign intended to reinforce our corporate identity (=the way a company presents itself to the public)
the yacht can be hired for corporate hospitality (=entertainment provided by companies for their customers) 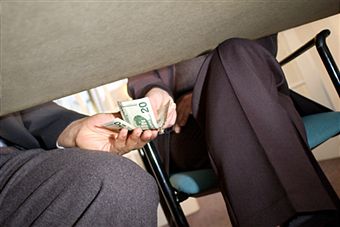 source 1
a sum of money or something valuable that you give or offer to somebody to persuade them to help you, especially by doing something dishonest
It was alleged that he had taken bribes while in office.
She had been offered a $50000 bribe to drop the charges.

source 2
money or a gift that you illegally give someone to persuade them to do something for you:
The officials said that they had been offered bribes before an important game.
accept/take a bribe A Supreme Court judge was charged with taking bribes. 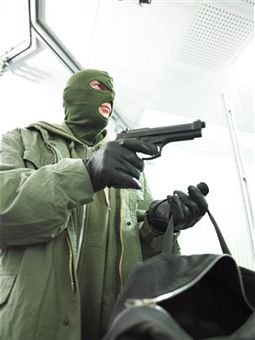 source 1
to make something illegal
Synonym: ban
plans to outlaw the carrying of knives
the outlawed nationalist party

source 2
to completely stop something by making it illegal:
The bill would have outlawed several types of guns. 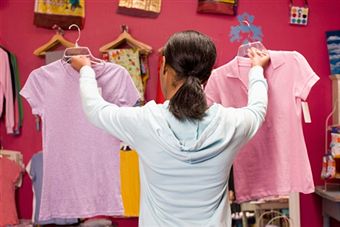 source 1
not definite or certain because you may want to change it later
We made a tentative arrangement to meet on Friday.
tentative conclusions

source 2
not definite or certain, and may be changed later [= provisional; ≠ definite]:
I passed on my tentative conclusions to the police.
The government is taking tentative steps towards tackling the country’s economic problems. 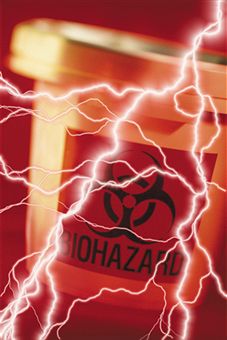 source 1
involving risk or danger, especially to somebody’s health or safety
hazardous waste/chemicals
a hazardous journey
It would be hazardous to invest so much.
a list of products that are potentially hazardous to health

source 2
dangerous, especially to people’s health or safety
hazardous to The chemicals in paint can be hazardous to health.
the disposal of hazardous waste
similar words: hazardous, risky, treacherous, perilous literary 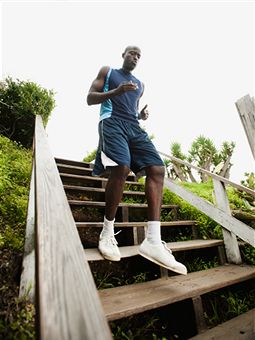 source 1
strenuous: showing great energy and determination
The ship went down although strenuous efforts were made to save it.
The plan has met with strenuous opposition.
strenuously adverbHe still works out strenuously every morning.
The government strenuously denies the allegations

source 2
needing a lot of effort or strength:
a strenuous climb
The doctor advised Ken to avoid strenuous exercise.
strenuously adverb: Barrett strenuously denied rumors that he would resign