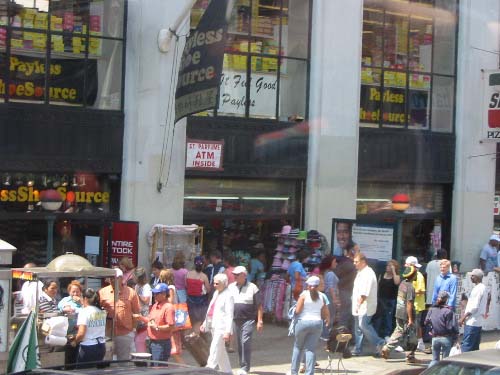 Being a Good Citizen

Every society has laws that regulate the way people behave. A good citizen should obey laws. However, there is more to being a good citizen than merely obeying laws. There are many other things that people can do to make their society a pleasant one for every person.
One way to be a good citizen is to be polite in everyday activities. For example, when passing through a door, a considerate person will hold the door open for a person who is close behind. Holding doors open is especially important when someone is carrying a heavy load.
Being a good citizen is very important when travelling on the roads and streets. Pedestrians, bicyclists, and car drivers should all follow the rules of the road. Bicyclists should yield to pedestrians, and car drivers should yield to both bicyclists and pedestrians. Drivers should also allow other drivers to merge into their lanes. Also, drivers should avoid honking their horns except when this is necessary.
A good citizen will also avoid doing things that interfere with others. For example, a considerate person does not smoke cigarettes in areas where this might irritate others. Also, a polite person avoids playing music so loudly that other people will be annoyed. And of course, a good citizen avoids littering or making a mess.
Other ways of being a good citizen involve greater effort. Some people serve their community by doing volunteer work of some kind. Other people help by donating money to a charity. Another way to serve the community is to donate blood. Blood donors are needed so that there will be enough blood available to help people who are sick or injured.
Being a good citizen is very helpful for the community, and it also gives a feeling of satisfaction and pride!

regulate:
to control, esp. by rules; bring order or method to an activity or process: a well-regulated company

*strict rules regulating the use of chemicals in food

thoughtful of the wishes, needs, or feelings of others,
always thinking of what other people need or want and being careful not to upset them:

▶AMOUNT OF SOMETHING◀
a large quantity of something that is carried by a vehicle, person etc
load of
a load of wood
The lorry had shed its load (=the load had fallen off) . The plane was carrying a full load of fuel.

merge:
to combine or cause (two or more things) to combine, esp. gradually, so as to become a single thing: One color merged into the other. | The two roads merge a mile ahead. | This command allows you to merge two files.

something that keeps annoying you over a period of time
Low flying aircraft are a constant irritant in this area.

1 to make angry or impatient: Her habit of biting her nails irritates me. | irritating delays
2 to make painful and sore: Wool irritates my skin.

litter:
to cover untidily with scattered litter or something similar: The streets were littered with old cans and other rubbish. | Piles of books and papers littered her desk. | (fig.) The book is littered with (=full of) mistakes.

if you litter the streets, you will be fined
don’t litter!
his desk was littered with old magazines and letters

if things litter an area, there are a lot of them in that place, scattered in an untidy way
Clothes littered the floor.
litter something with something
The desk was littered with papers.