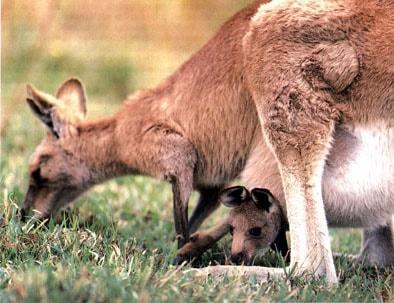 Australia is the only country in the world that is also a continent. Located in the southern hemisphere, between the Pacific and Indian oceans, Australia is one of the largest countries in the world.

Despite its vast size, Australia does not have a large population. In the year 2000, there were about 19 million people in Australia. Most Australians live within a short distance of the ocean, because much of the interior of Australia is extremely dry. The remote areas of Australia, known as the “outback,” contain several sandy, rocky deserts. Some parts of the outback receive somewhat more rainfall, and can support some grassy vegetation. In these areas, there are many ranches, or farms, where sheep and cattle are raised.

Although the outback of Australia is a harsh place, some parts of it are quite beautiful. In the middle of the Australian continent, a large red rock known as Uluru stands in the desert. It is nearly 350 metres tall and is nearly 10 kilometres around. Tourists come from all over the world to see this huge and beautiful rock in the middle of a flat desert.

In contrast to the dry interior areas, the northern coast of Australia receives a great deal of rainfall. This area is covered in thick, lush vegetation, with tropical rainforests whose exotic trees and flowers are found nowhere else in the world. Off the north-east coast of the continent, a large coral reef known as the Great Barrier Reef is found. A coral reef is a structure that consists of the bodies of small underwater animals called coral, whose dead bodies create this unusual structure beneath the surface of the water. The reef and the underwater life surrounding it are especially beautiful.

Australia was separated from the rest of the world for millions of years. As a result, many of the plant and animal species in Australia are very different from those in other parts of the world. For example, many of the animals in Australia belong to a special category called the “marsupials.” Marsupials are mammals, but they are a special kind of mammal, because they give birth to offspring that are not yet well developed. In many marsupials, the offspring continue to develop, after being born, inside a pocket or “pouch” on the mother’s body.

The most famous marsupial is the kangaroo. Kangaroos can travel at great speeds by hopping on their hind legs and using their large tails for balance. The kangaroo is a rather large animal, with the larger individuals sometimes weighing 90 kilograms. Another famous marsupial is the koala. This animal is sometimes called a koala bear because it looks somewhat like a small bear. The koala lives in the branches of trees called eucalyptus trees. Koalas eat the leaves of eucalyptus trees. Of course, Australia also has people. We will discuss the people of Australia in the next passage.

the part of a country that is farthest away from the coast
*The interior of the country is mainly desert.
*She led an expedition into the interior. 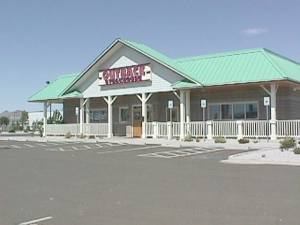 the outback
the Australian countryside far away from cities, where few people live 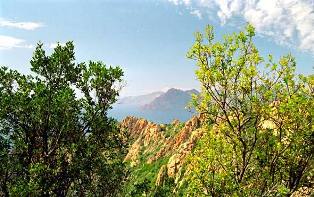 plants in general
Lefkas has an abundance of lush green vegetation.
the ruined walls were covered by vegetation
the colorful vegetation of a tropical forest 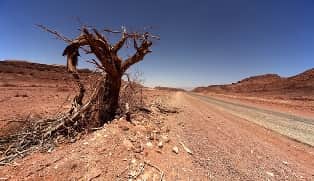 ▶CONDITIONS◀
harsh conditions are difficult to live in and very uncomfortable
ￚsynonym severe
The hostages are being held in extremely harsh conditions .
harsh winter/weather/climate
the harsh Canadian winters
a vulnerable young girl suddenly exposed to the harsh realities of life 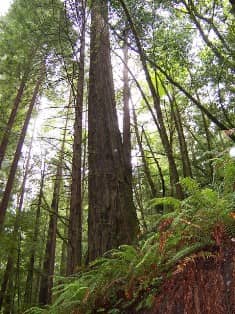 (of a plant, esp. grass) growing very well, thickly, and in a healthy way: the lush meadows | lush tropical vegetation
Another Source:

plants that are lush grow many leaves and look healthy and strong
a lush green mountainous island
The fields were lush with grass and flowers. 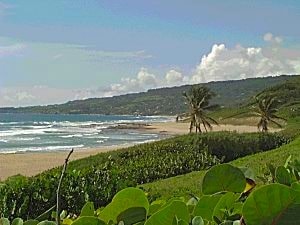 away from a place :
He got into his car and drove off.
Suddenly they turned off and parked in a side road.
Once we were off the main freeway, the trip felt more like a vacation.
Her husband was off on a business trip somewhere.
Are you ready? Off we go.
I must be off now   (= I must leave ) .
They were off to Italy   (= leaving to go to Italy )  and wanted to make an early start.

a hard red, white, or pink substance formed from the bones of very small sea creatures, which is often used to make jewellery 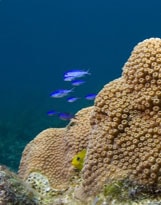 a line of sharp rocks, often made of coral, or a raised area of sand near the surface of the sea
a proposal to protect several miles of thousand-year-old coral reef 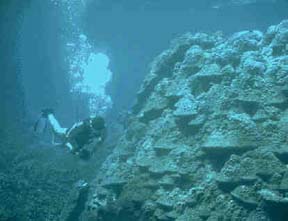 an animal such as a kangaroo which carries its babies in a pocket of skin on its body
Kangaroos and koala bears are marsupials.

(usu. of animals’ legs) at the back or forming the back part: The dog was standing up on its hind legs. 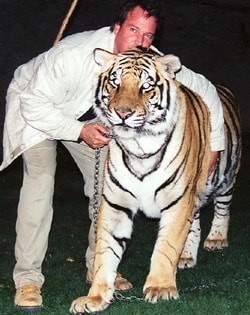 larger animals sometimes are as heavy as 90 kilograms
Weighing means how heavy it is.