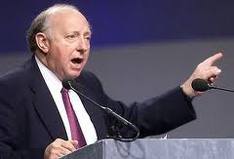 We are indeed facing a deliberate political attack by Britain’s ruling class. A war of attrition is being waged as capitalism, in a condition of acute crisis, lashes out with increasing ferocity to protect itself. The existence of this crisis is now clear for all to see. It has been exposed by the recent collapse of stock markets throughout the capitalist world, triggered off by the slide on Wall Street (which according to experts is the worst slump since 1929). This collapse will in my view lead inevitably to more hardship for the British people, with a massive increase in unemployment and reduced living standards as capitalism seeks once again to make working people pay for its pursuit of profit and power. The Tories have based their savage policies on an ideology called monetarism – it is this philosophy which has led to the virtual destruction of our manufacturing industries and in particular to the devastation of our coal, rail and steel industries.

The steel industry has lost over 150,000 jobs, and the coal and rail industries have lost approximately 100,000 each within a period of eight years. Parts of our nation such as South Wales have been reduced to a lunar landscape as the Tories have systematically butchered our manufacturing and industrial infrastructure… In seeking to win that absolute control which it must have for even limited survival, the State through the Tory Government has introduced twin measures to destroy or render ineffective all those who oppose it.

On the one hand, it has deliberately increased unemployment from just over one million to four and a half million in eight years creating as in the 1930s a situation where thirty to forty people pursue each job vacancy, driven by this emotional blackmail to increasing fear. At the same time it has introduced vicious legal measures designed to render the British trade-union movement completely ineffective. Indeed Margaret Thatcher has made it absolutely clear that she wants to wipe socialism off the agenda of British politics; to achieve this aim the Tories are determined also to wipe effective trade unionism off the industrial agenda. Since 1979, we have seen a whole range of anti-trade-union legislation – all of it designed to dismantle the gains achieved by trade unionists in more than a century of struggle.

Today, the extent of this legislation is such that Britain’s trade-union movement must now be regarded as one of the most oppressed in the world! Tory legislation has removed trade-union immunity, made secondary action including secondary picketing and mass picketing illegal, and rendered all trade unions vulnerable to legal actions which could result in their bankruptcy. Britain’s trade unions have found themselves no longer free to determine their own policies in relation to industrial solidarity action.

attrition noun
the process of gradually destroying your enemy or making them weak by attacking them continuously :
a  war of attrition

wage war (on somebody/something)
The police are waging war on drug pushers in the city.
wage a campaign/struggle/battle etc
The council has waged a vigorous campaign against the proposal.

The housing shortage is more acute than first thought.
—

lash out   phrasal verb
1 to suddenly speak angrily to someone or criticize someone angrily
lash out at
Olson lashed out at the media.

2 to try to hit someone with a series of violent uncontrolled movements
lash out at
She would suddenly lash out at other children.

ferocity noun
the state of being extremely violent and severe

ferocity of
Detectives were shocked by the ferocity of the attack.

collapse verb
if prices, levels etc collapse, they suddenly become much lower :
There were fears that property prices would collapse.

trigger ( also   trigger off ) verb
to make something happen very quickly, especially a series of events :

The assassination triggered off a wave of rioting.
Certain forms of mental illness can be triggered by food allergies.
trigger a memory  (= make you suddenly remember something )
His action  triggered  a massive  response  from the government.

2a period when there is a reduction in business and many people lose their jobs  OPP  boom :
The war was followed by an economic slump.
a worldwide slump 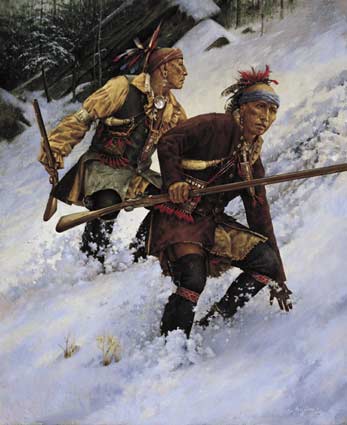 monetarism noun
the belief that the best way to manage a country’s  economy  is for the government to control and limit the amount of money that is available and being used :
the monetarism of the 1980s

devastate verb
to damage something very badly or completely :
The city centre was devastated by the bomb.
devastation noun

studies of the lunar surface
a lunar eclipse

landscape noun
an area of countryside or land of a particular type, used especially when talking about its appearance :

butcher verb
to spoil something by working carelessly :
That hairdresser really butchered my hair!

dismantle verb
to gradually get rid of a system or organization :
an election promise to dismantle the existing tax legislation

immunity noun
the state or right of being protected from particular laws or from unpleasant things
immunity from
They were  granted immunity  from prosecution.

picket verb
to stand or march in front of a shop, factory, government building etc to protest about something or to stop people from going in during a  strike :
Protesters are still picketing outside the White House gates.
a group of picketing miners

vulnerable adjective
a place, thing, or idea that is vulnerable is easy to attack or criticize  OPP  invulnerable

solidarity noun
loyalty and general agreement between all the people in a group, or between different groups, because they all have a shared aim :

a gesture of solidarity
an appeal for worker solidarity
show/express/demonstrate your solidarity (with somebody)
I come before you today to express my solidarity with the people of New York.