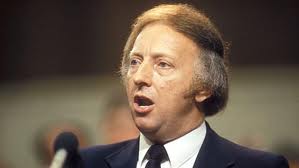 Today our nation, after eight years under the Tories, is on the brink of utter chaos, facing both social and economic collapse. Our basic industries have been butchered. Our manufacturing base has been eroded with hundreds of businesses, large and small, gone to the wall while the nation has become increasingly dependent on imported goods. The human consequences of this industrial and economic devastation are terrible. Over eight million people struggle for survival on or below the poverty line and four and a half million people are unemployed.

Thousands of families are homeless: the number of homeless families in Britain has doubled since 1978, while the enforced repossession of homes is at an all-time record because so many can no longer manage to maintain mortgage payments. Even more people, meanwhile, try to cope as best they can in derelict, often dangerous dwellings – one and a quarter million homes are unfit to live in, while house-building investment throughout Britain has been slashed by sixty per cent since 1979. Sickness and ill health of all kinds are rampant, and they are made even more terrible by the crisis in the National Health Service and throughout the welfare system.

The Tories have been utterly ruthless in their butchery of health and welfare provisions. The NHS, once the pride of our nation, has been reduced to a critical condition through hospital closures, medical staff cutbacks, the lack and withdrawal of resources and vital equipment, and the privatization of key services. Approximately 700,000 people wait today for hospital treatment and an increasing number will not receive that treatment before it is too late. Thousands of people who are suffering from serious, often fatal diseases are being turned away through lack of hospital beds and staff.

Our social services are faced with ever-increasing family and community problems as Tory attacks take their toll, with children and old people among those most vulnerable. Our education system is also in chaos, as students and teachers struggle against yet more cutbacks, fewer resources – and for our youngsters it must seem often a pointless exercise, with jobs, training and access to higher education becoming more and more difficult to attain. Their teachers meanwhile, like many other trade unionists, have had their negotiating rights removed by the Government, and their commitment to teaching the nation’s children treated with contempt. This has become a grim and desperate society – fuelled by unemployment and its social consequences, frustration, rage and despair are rampant all around us. More and more people, I believe, are coming to see themselves as under attack – and they are correct.

repossess verb
to take back cars, furniture, or property from people who had arranged to pay for them over a long time, but cannot now continue to pay for them  →  bailiff ,  repo man :
Eventually the bailiffs came to repossess the flat.
repossession noun

slash verb
to greatly reduce an amount, price etc – used especially in newspapers and advertising  SYN  cut :
The workforce has been slashed by 50%.

closure noun
when a factory, school, hospital etc has to close permanently :

Several military bases are  threatened with closure .
factory/hospital/school etc closure
the problem of school closures
closure of
the closure of St Bartholomew’s Hospital

cutback noun
a reduction in something, such as the number of workers in a company or the amount of money a government or company spends :

The shortage of teachers was blamed on government cutbacks.
cutback in
cutbacks in funding for libraries
A fall in donations has forced the charity to  make cutbacks .
sharp/drastic/severe cutback
sharp cutbacks in the military budget

The weather forecast is pretty grim.
They painted a grim picture of what life used to be like there.
a grim industrial town

Sobbing with rage, Carol was taken to the hospital.
in a rage
Sam became quite frightening when he was in a rage.
cry/scream/roar etc of rage
Just then, she heard Mr Evan’s bellow of rage.
red/dark/purple with rage
His face was red with rage.
trembling/shaking with rage
Forester stared at his car, trembling with rage.
seething/incandescent with rage  (= as angry as a person can possibly be )
Animal rights supporters were incandescent with rage.
Richens was 17 when he  flew into a rage  and stabbed another teenager.