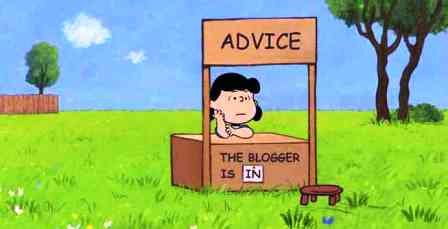 Sometimes my mother gives me advice.
She tells me to save my money for a rainy day.
She says that I should eat my vegetables if I want to be strong when I grow up.
She says that you reap what you sow.
I didn’t know what that one meant, so I asked her.
She said that if you are good to people, they will be good to you.
If you do bad things, then bad things will come back to you.
My mother is always giving me advice.

She says that a penny saved is a penny earned.
I am still thinking about that one.
Some of these things are difficult to understand.
My mother is very wise.
She says that she has learned from her mistakes.
She tells me that she would like me not to make mistakes, but she says that everyone does make mistakes.
The important thing is that we learn from our mistakes.
My mother says that nobody is perfect.
www.salamzaban.com
My mother tells my sister that time is precious.

My sister wastes time, and my mother doesn’t like that.
My mother tells me to be true to myself.
She says that I should not follow the crowd.
I should listen to my own conscience and do what I think is right.
She says that it doesn’t matter if you fail at something, the important thing is that you try.
If you’ve done your best, then that is all that matters.
I listen to my mother.

I think she gives very good advice.
My mother has a lot of common sense.
I hope I am as wise as she is when I have children of my own.
Sometimes I wish that she would not give me so much advice.
I think that I know what I’m doing.
But, in the end, I always remember what she has said, and I try to live by the standards that she has set for me.
Take the advice that your parents give you.
They only have your best interests at heart.

sow
past tense sowed past participle sown
to plant or scatter seeds on a piece of ground
– Sow the seeds in late March.
sow something with something
– These fields used to be sown with oats.

the part of your mind that tells you whether what you are doing
is morally right or wrong
guilty/troubled conscience (=a guilty feeling, because you have
done something wrong)
– It was his guilty conscience that made him offer to help.
– Well, at least I can face them all with a clear conscience
(=when you know that you have done nothing wrong).

– a film with a social conscience (=a moral sense of how society
should be) prisoner of conscience (=someone who is in prison
because of their political or religious beliefs).
– I can’t tell you what to do – it’s a matter of conscience
(=something that you must make a moral judgment about).

– a crisis of conscience among medical staff (=a situation in
which it is very difficult to decide what is the right thing to
do)
– The dog’s sad look pricked her conscience (=made her feel
guilty) and she took him home.