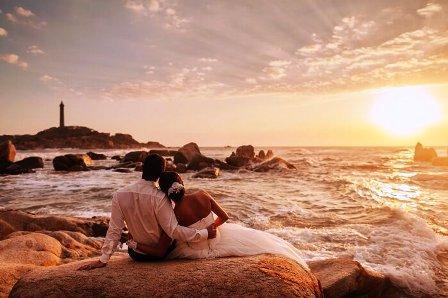 “We decided to go to Hawaii.”
“We’re going to the Greek Islands.”
“We are going to be there for a week.”
“We’re going for 10 days.”
“Mostly to relax. The wedding took a lot out of me so I just want to vege out.”

‘Vege out’ means to be a vegetable. That means not using the head at all. When you say this, you are saying you don’t want to do anything except relax. Another common way to use this is to say, “I’m vege-ing out in front of the TV.” That means you are watching TV not thinking about anything.

“I think we have everything planned out. I’m not missing anything am I?”

“We didn’t do much planning. I just got the plane tickets and booked a room at the hotel. Besides that, we are just going to wing it.”